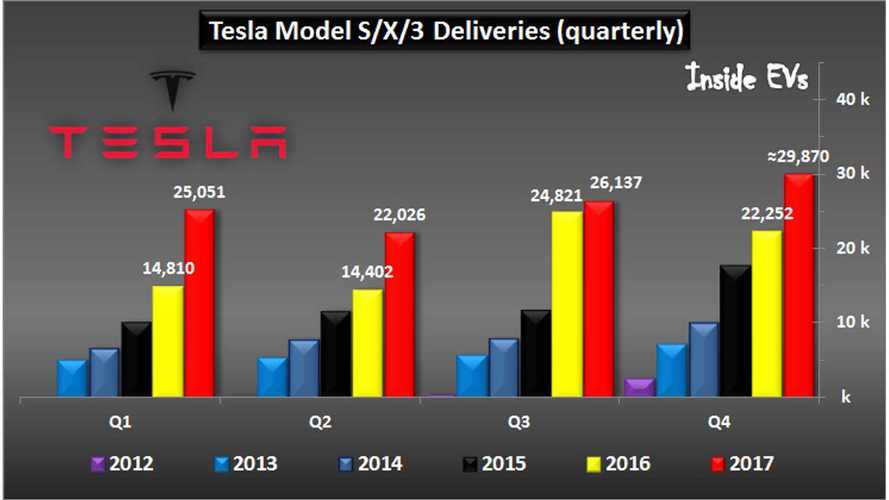 With the fourth quarter results in, we can now take a look at preliminary Tesla sales results for 2017 - another record year for the electric automaker.

According to the official report, fourth quarter Tesla sales were the highest ever:

Tesla didn't exceed 30,000 because it was struggling with the Model 3 production ramp-up, but even including delays, overall results are positive. Sales increased every quarter - on average by 34%.