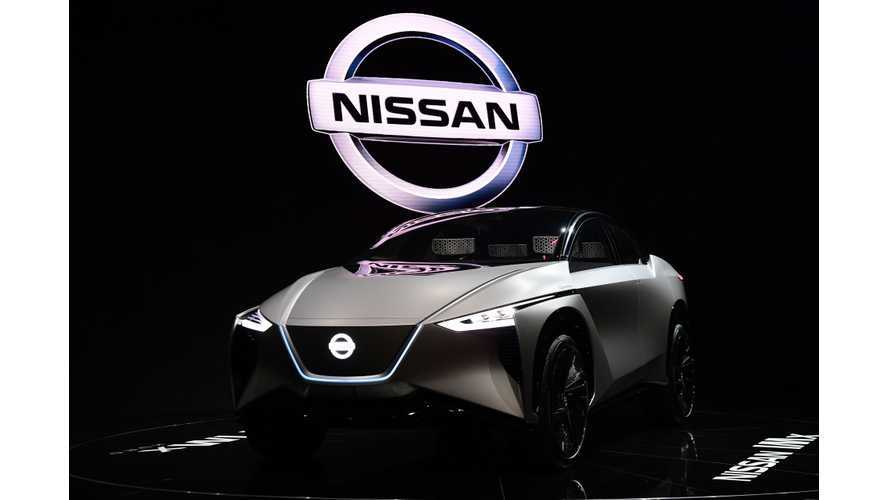 Nissan’s upcoming electric crossover, referred to as simply the LEAF SUV for now, will take electric cars into the mainstream.

“Of course, we have the new LEAF, but I think the IMx concept will become a breakthrough model.”

“The IMx is not just a concept car. In a few years, it will appear."

In concept form, IMx boasts a range of 373 miles (NEDC, or roughly 225 miles EPA), which may or may not be true of the future production version.

“The interior is notably bigger than with a conventional vehicle and there’s much more usable space, thanks to the totally flat floor allowed by the battery pack. The dashboard is also pushed right back because the HVAC  unit is under the bonnet.”

Surely the production version will be toned down a bit from the concept, but Aoki seems rather satisfied with its design:

“The exterior is very Japanese in its details – expressive but with purity and an expensive feeling.”

Some additional info on IMx from Nissan:

"The powerful, yet quiet powertrain delivers enhanced excitement. The IMx KURO is propelled by a pair of high-output electric motors at the front and rear, giving it all-wheel-drive capability. They combine to produce 320 kW of power and an astounding 700 Nm of torque – more than the Nissan GT-R supercar – sourced from a high-capacity battery that’s been redesigned and re-engineered for increased energy density. This new battery supports a driving range of more than 600 kilometers on a single charge, so occupants can enjoy an extended adventure without worrying about recharging."