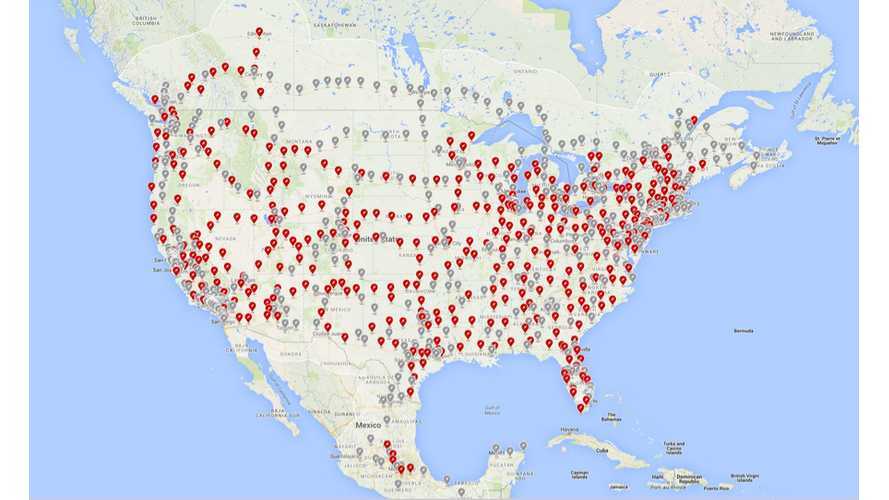 The Tesla Supercharger network has reached a milestone of 1,000 stations installed around the world since late 2012, when the first few were opened in California.

Supercharge.info, a site that tracks all of the Tesla Superchargers, lists the following data:

The total number of charging stalls is 6,926, while the largest Supercharger under construction will have 50 stalls and it's located in Shanghai, China.

In addition to expanding the network, Tesla is introducing a new type of Supercharger rated at 72 kW too.