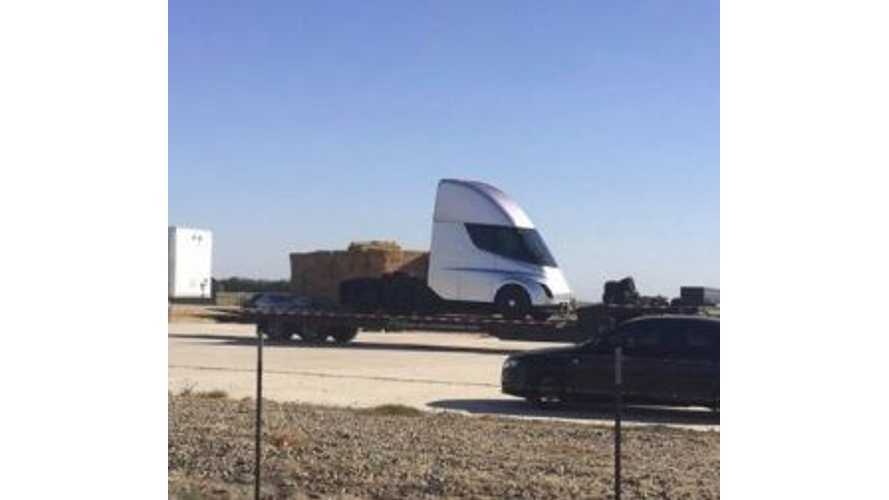 This may be our first real look at the highly anticipated Tesla Semi, though perhaps it's a fake.

The embedded image above is photoshopped, no doubt about it. But what you're seeing is the aero top portion photoshopped onto what's believed to be the actual Tesla semi (link to original image here).

Set to be revealed later this month (October 26, to be precise), the Tesla Semi supposedly is designed for regional hauling, with a range of  200-300 miles.

Tesla CEO Elon Musk touts the semi as being a real game-changer, stating that it's "seriously next level."

Teslarati states this of the spied tesla Semi:

"The photo first posted onto reddit shows a futuristic semi-truck that’s being transported on the back of a tractor trailer. The location appears to be the Inyokern Airport that’s located approximately 150 miles (240 kilometers) north of Tesla’s Design Center, where the company will be holding the official Tesla Semi unveiling event."

Our partners over at Motor1 speculate the following:

"The fact that it’s missing the side mirrors and door handles illustrates it is not a production-ready vehicle, but we are likely looking at most of the final design."

Here's a look at the only actual image released by Tesla of the soon-to-be-revealed Semi: