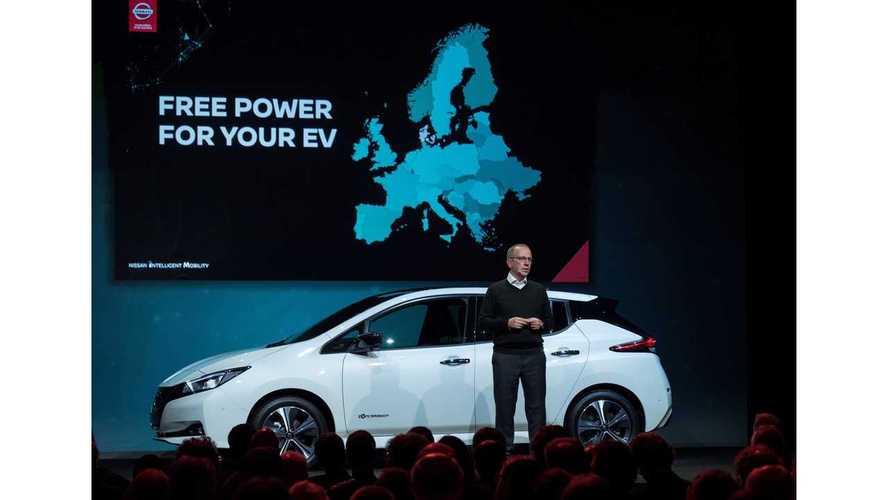 Nissan encourages us that it hasn't forgot about the charging infrastructure found today in Europe, as the company has announced the expansion of fast chargers in the region by almost 20% - all on its own.

The plan is to install some 1,000 additional CHAdeMOs over 18 months.

According to Nissan, there is currently over 4,600 CHAdeMOs charge points available, today.

We are not sure whether the 20% expansion is yet enough to service the rate of growth (especially in 18 months time), but there will be other projects, from other companies in development at the same time, so hopefully new LEAFs will have more than enough places to charge.

"Nissan today announced its plan to expand its existing outdoor charging network by 20% over the next 18 months. Working with EV fast charging standard CHAdeMO, the company has already built Europe’s most comprehensive charging network, with over 4600 quick chargers across the region.

Nissan now plans to invest in supporting the installation of a further 1000 chargers over the next 18 months. The company is working with its partners, business owners, municipalities and sector leaders across Europe to ensure the roll out plans are focused on providing maximum convenience to its drivers, with installations on highways, in towns, and throughout key European cities."

Nissan made no mention of higher power/150 kW CHAdeMO chargers, so it's not clear whether there will be any of those included in the new count.