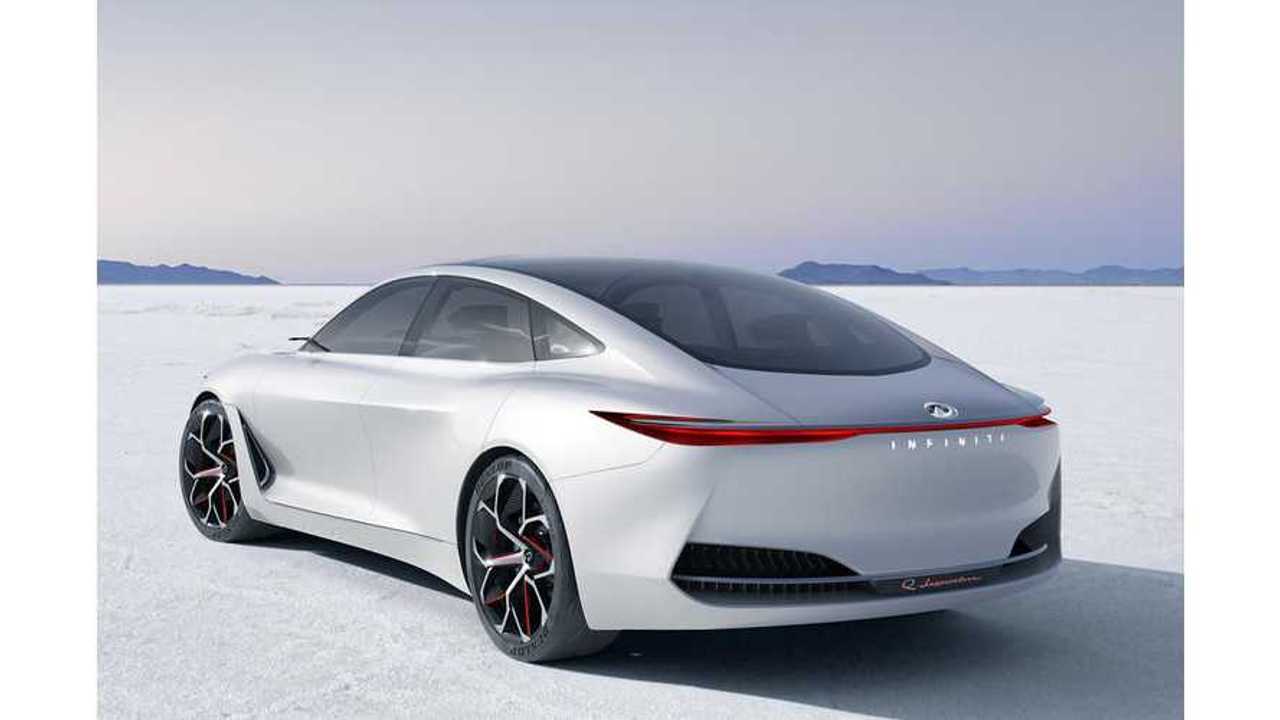 Infiniti has taken some additional wrap off of its soon-to-debut electric Q Inspiration concept.

The concept previews the company's forthcoming flagship sedan, which will be electric too.

Infiniti finally has a name for its electric sedan concept that debuts in January at the North American International Auto Show in Detroit. The Q Inspiration Concept is a stylish sedan that signals the brand's future design direction. Its curvaceous shape will also be the influence for the company's forthcoming flagship sedan.

"We aim to take traditional sedan architecture to its next stage of evolution," Karim Habib, Infiniti Design Director, said in the announcement with the teaser. "The Q Inspiration offers an alternative form; something more flowing in appearance with an unusually long and balanced cabin. Experimenting with new proportions in a typically conservative segment, the Q Inspiration features a shorter hood and elongated body, with all the benefits to interior wellbeing, comfort, and space that this layout entails."

The Q Inspiration features a fairly simply design with a flowing roof and prominent fenders. An outlet behind the front fenders adds a sporty flourish. The rounded rear featured a narrow, wraparound taillight that spans the vehicle's entire width. Lots of glass in the roof and a large greenhouse suggest good outward visibility and an airy cabin.

The previous teaser photo (above) showed off the Q Inspiration's heavily sculpted front end. It features narrow headlights and ribbing in faux grille.