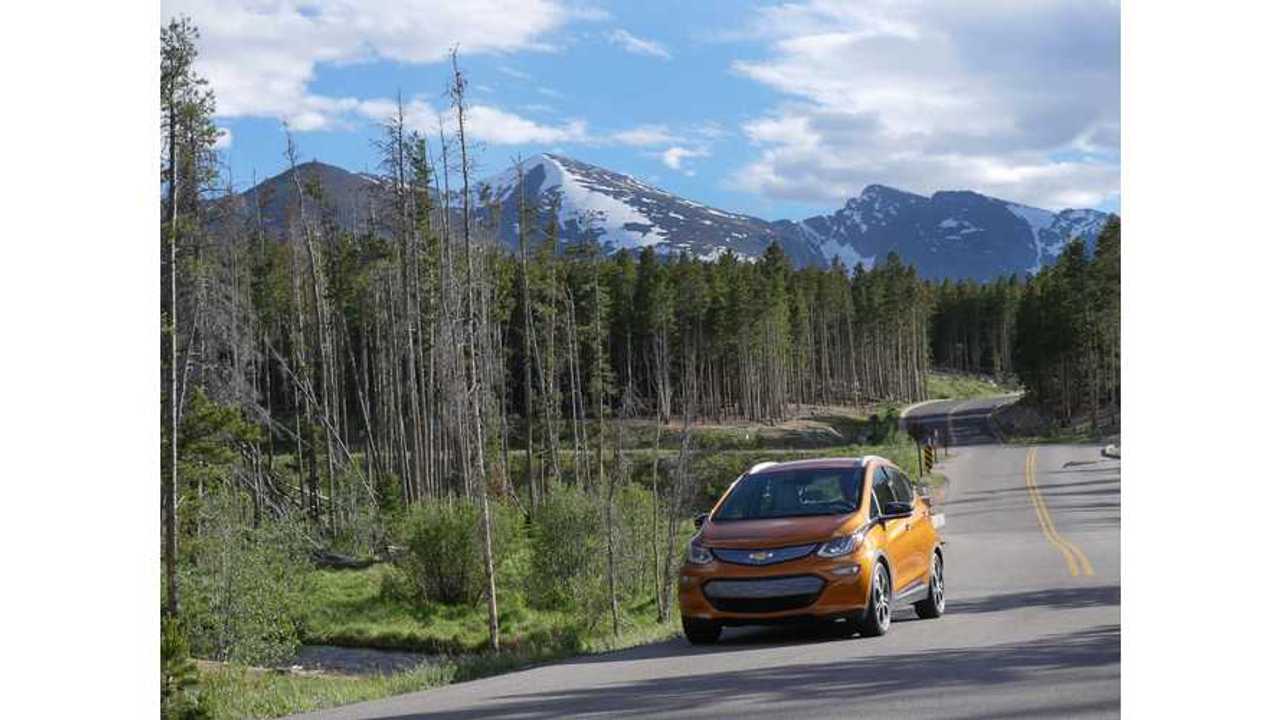 WardsAuto didn't have an opportunity to test out the Chevrolet Bolt's "engine" last year because it wasn't available in time, but this year their real-world tests confirm its prowess.

Though the Bolt doesn't have an engine at all, its 200-horsepower electric motor and 60 kWh lithium-ion battery pack impressed the critics. The biggest kudos for the Bolt, according to Wards, are attributed to its long range. The Bolt can travel 238 miles on a charge, although testing proved it easily exceeds this. Wards judge Dave Zoia said:

“The Bolt is a good performer with plenty of range. It’s the new benchmark for EVs.”

“What range anxiety? The Bolt truly is a game changer.”

Sure, there are electric cars with more range (Tesla), however, not at this price point. The Bolt is now available in all 50 U.S. states with an MSRP of $37,495 prior to the federal EV tax credit.

Wards notes that the Bolt's instant torque and peppy performance also helped it make this year's list. The EV cranks out 266 pound-feet (360-Nm) of torque and can launch you from zero-to-60 mph in 6.5 seconds. Spinning the Bolt's tires is surely an easy task as we learned at this year's GM Autocross event.

The publication points out that it's not always easy to measure a pure EV's "relative green-ness," though the Chevrolet Bolt's 119 mpg-e is a great number.

Other notable takeaways include the Bolt's ability to perform well on the highway, climb steep grades, and allow for one-foot driving, due to strong regenerative braking. Wards also appreciated the car's clear instrument cluster and informative driver information display. Judge James Amend added, in reference to the Bolt:

As we discovered in long-distance drives during the past year, the Bolt exceeds its EPA-official range if driven with even minimal attention to conservation and we hear that it can exceed 300 miles (483 km)."