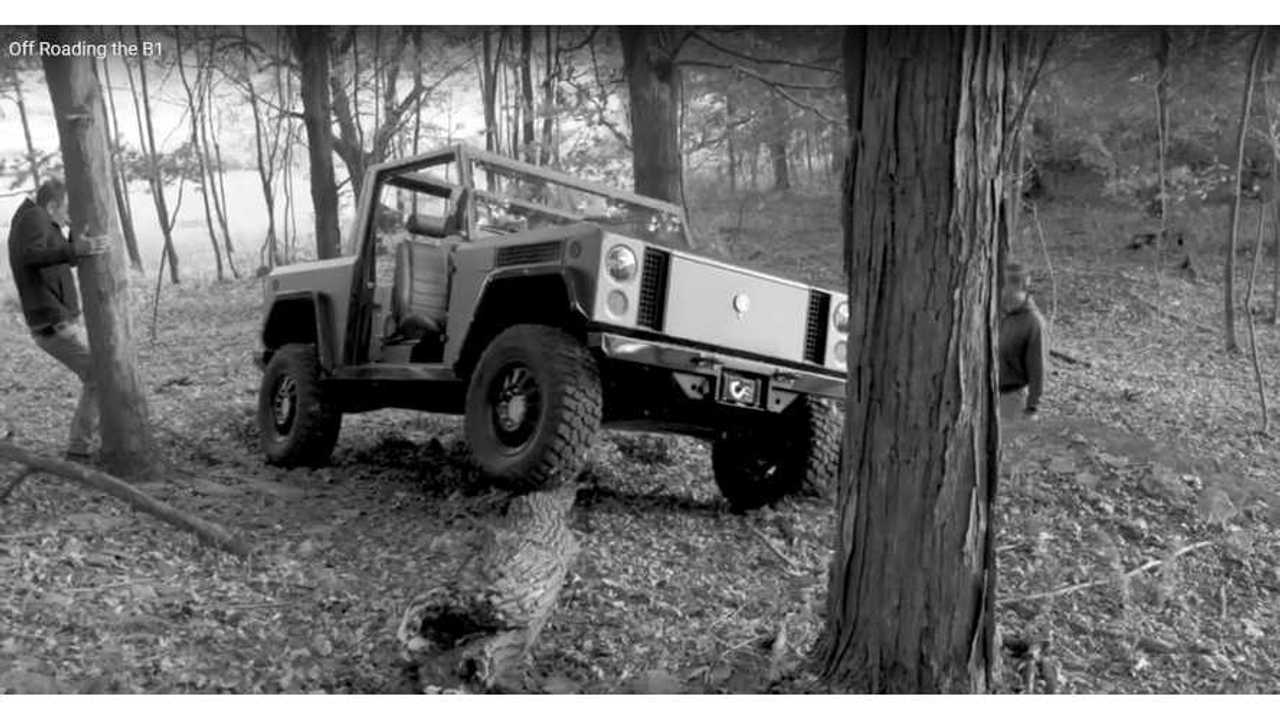 Bollinger Motors may be an upstart, wannabe automaker with only a handful of employees, but it sure knows how to make a lot of noise. Even if its first vehicle — an all-electric, boxy Swiss army knife on wheels called the B1 — doesn't.

On Saturday, the New York company uploaded a bit of footage fans have been waiting for: a little off-road foray (we've already seen it at speed on a track). Now, it's not the most dramatic four-wheeling video we've ever seen. There is no triumphant conquering of sloppy mud pits or near-vertical slopes. Announcing this morning that it intends to show off its cubic creation at the Specialty Equipment Manufacturer’s Association (SEMA) show at the end of the month, we can understand they would want to avoid scratching up its sole prototype.  Still, the black and white video of the SUT is an enjoyable watch.

For one, it ventured forth with doors and roof off, the way any self-respecting adventure machine ought to appear while leisurely strolling through a leaf-strewn Fall forest. It also aptly demonstrates the advantages of its crazy 15.5-inch ground clearance, rolling across uneven terrain with zero worries. We do see it tackle one tree trunk, which, while moderate in size, is located on a pretty steep hill. It climbs up and over without spinning a tread.

This morning, Bollinger quite proudly also announced that it has received 10,000 reservations after only sixty days since the B1's reveal. Of course, these are zero-deposit expressions of interest that could drop dramatically if pricing, when it becomes known, is seen as too high. Nonetheless, it's encouraging to see that it's gotten so many people's attention at this stage of the game, and the company remains high on our list of efforts to watch out for.