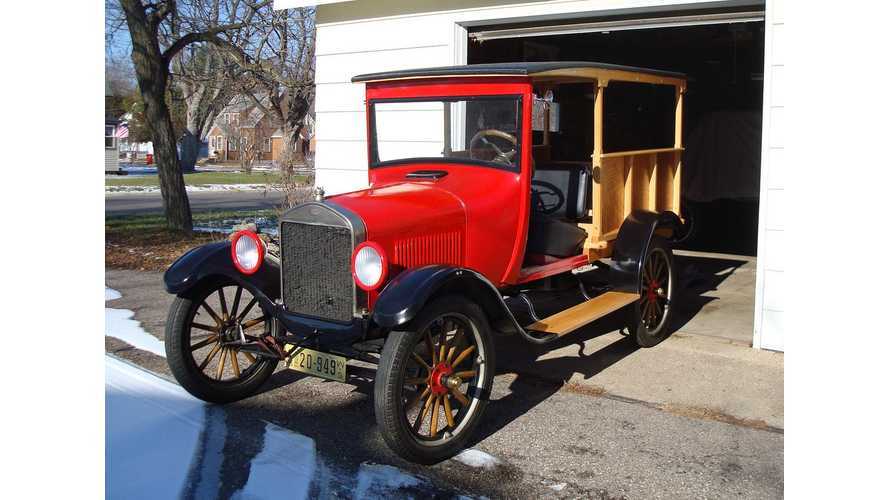 How long will it take for electric vehicles to replace fossil-burners? Observing the current auto market, one might conclude that it will take quite a long time. Of over a billion vehicles on our planet’s roads today, only two million are electric, and half of those are in China. Many consumers are not even aware that an EV is a viable option.

However, an analysis of past technological shifts indicates that, once a certain threshold is reached, the transition could take place at surprising speed. Back in the 1980s, when cell phones were massive and expensive, industry observers were predicting that, by 2000, sales might be about 900,000 units a year. In fact, sales that year were over 109 million. Seventeen years later, almost all the phones being sold are smartphones, with capabilities that would have seemed like the stuff of science fiction only a couple of decades earlier.

Kodak was one the world’s largest companies when it invented the digital camera in 1975. But, whether due to short-sightedness or the inescapable destiny of the Innovator’s Dilemma, it failed to capitalize on its new technology, and in 2012 it went belly-up.

When it comes to electric cars, experts have been saying for years that they would quickly begin to replace legacy vehicles once you could buy one with 200 miles of range for a price in the $30,000 range. Tesla has just reached that milestone with the new Model 3. Will 2017 be remembered as the auto industry’s “Kodak moment?”

Of course, cars are neither phones nor cameras. In a new paper, researchers from the International Monetary Fund and Georgetown University (via National Geographic) explore what might be a more apt comparison: the transition from horses and buggies to automobiles, which happened in the early 1900s. The writers of “Riding the Energy Transition” predict that over 90 percent of passenger vehicles in the US, Europe and the rest of the rich world could be electric by 2040.

“We were surprised at how fast cars replaced horses as the main means of transport in the early 1900s,” says IMF economist Fuad Hasanov. “It happened in only 10 to 15 years in spite of the many hurdles.” In retrospect, those hurdles appear much higher than the barriers to adopting electric vehicles are today.

In 1910 there were few paved roads, and gasoline was hard to find - today’s vast infrastructure of refineries and gas stations didn’t exist. The price of a Model T was the equivalent of about $137,000 - almost double the price tag of a Tesla Model S.

A decade later, the picture looked quite different: the price of a Model T had dropped to the equivalent of $35,000, and governments and the oil industry were investing huge sums in roads and other infrastructure. In 1921, the Model T was selling a million units a year. By 1925 annual sales were approaching two million.The authors of the new paper point out that making the switch to an electric car is much simpler than swapping the bag of oats for the fuel pump was a century ago. Furthermore, there are several technological and geopolitical trends that are combining to turbocharge the gathering electromobility revolution.

One is the rise of China, which is struggling to deal with choking air pollution and has global ambitions for its auto industry. Another is the advent of vehicle autonomy, which some believe will make transportation so cheap that few will want to own their own vehicles anymore.

In a much-discussed study, “Rethinking Transportation,” Stanford economist Tony Seba and colleagues predict that 95 percent of all passenger miles will be traveled in autonomous electric vehicles by 2030. The shift will have little to do with climate change or government regulations - it will be a simple matter of cost and convenience.

Stopping at a gas station to fuel a Model T was easier than feeding and stabling a horse, and the horseless carriage could go faster and farther. And no, people didn’t wait for their existing horses to die before replacing them with cars. Once the cost of a motorcar dropped to an affordable level, all those poor horsies were quickly shipped off to the proverbial glue factories (or, as we prefer to think, to a pleasant retirement in a pasture somewhere).

Although most consumers don’t realize it yet, plugging in at home is better than stopping to pump stinky gas and sending your money up in oily smoke. And if the predictions about autonomous vehicles come true (Mr. Seba is far from the only one making them), the millions of Camrys, Corollas, and Civics could disappear as quickly as all those mares and geldings did a century ago.