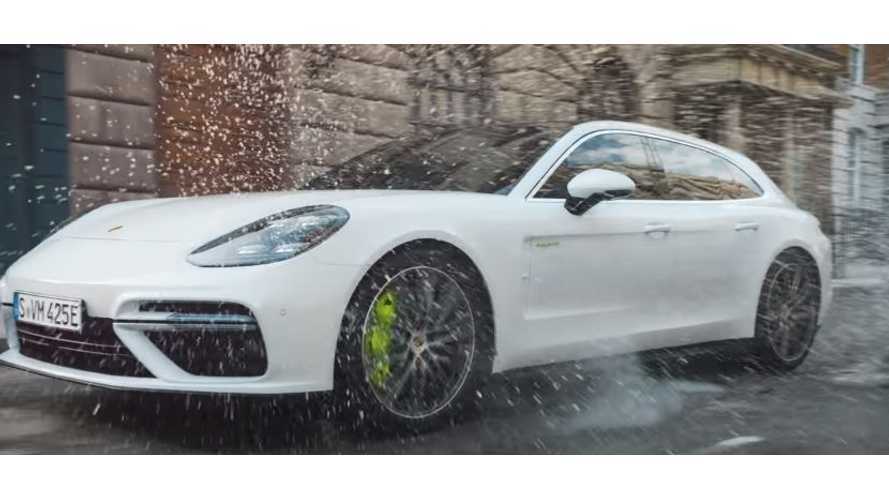 All the car you could ever need?

Just a scant $188,400 in the United States, or €188,592 in Germany. That’s how much Porsche wants for the new Panamera Turbo S E-Hybrid Sport Turismo before you start playing around with the configurator.

With this being a wagon, it means it's genuinely a practical car as it offers 425 liters of storage space with the rear seats up and up to 1,295 liters once you electrically fold down the 40:20:40-split three seats.

More important to us of course, is that the car plugs in.

The electric set-up is powered by a 14.1 kWh battery - a decent jump from the 9.4 kWh battery found in the outgoing Panamera S e-Hybrid.

In hybrid mode, it will have an average fuel consumption of merely 3 liters / 100 km (NEDC), which is impressive given considering the car uses a large biturbo 4.0-liter V8 engine and weighs a hefty 2,325 kilograms (5,125 pounds).

The Turbo S E-Hybrid sits on top of the Panamera range and represents a stepping stone to Porsche’s electric agenda set to be heralded by the Mission E. The zero-emissions sedan will be out towards the end of the decade and it will retain most of the technical specifications and sharp design of the concept.

The green push planned in Stuttgart could also involve getting rid of diesel engines in the foreseeable future taking into account, company CEO, Oliver Blume, revealed earlier this year diesels could be effectively axed by 2020.