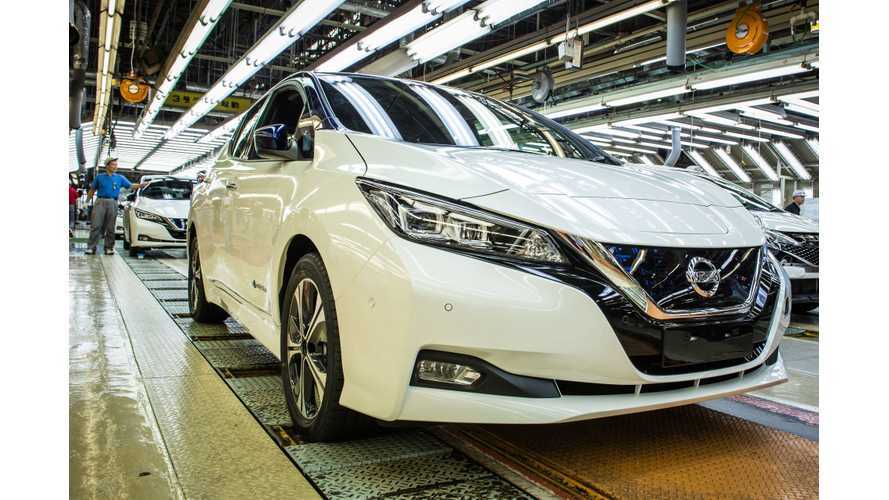 The original Nissan LEAF begins to fade from dealerships in September

It was a streak that had to end.

Heading into September, the first generation Nissan LEAF had bested year-over-year sales in every month of the year. In fact, the LEAF had record seven consecutive months worth of 4 digits deliveries.  The end result being 2017 sales were up some 22%.

The new 2018 Nissan LEAF took to the stage for the first time at its debut event in Tokyo, Japan in September

And all of this despite the public's knowledge that a new longer range, better-in-every-way model was en route.

September put an end to that streak, as Nissan came up just short of last year's numbers.

In the end, it wasn't the US consumer's dis-interest that stopped the sales streak for the 107 mile EV in its 82nd month on the US market - it was Nissan.

As the month closed, previously built 2017 inventory dried up as the company's Smyrna, TN plant started to build the new 2018 model.  Entering October, less than 500 copies of the original LEAF are on hand at US dealers.

However, somehow Nissan still managed to cross into 4 digits worth of sales for the eighth month in a row.

For the year, the LEAF has cracked the 10k level (10,740 sales), which is still up decently (16.3%) from the 9,238 sold during the first 3 quarters of 2016.  All things considered, it is hard to imagine Nissan could have managed much better numbers with the aging LEAF.

Nissan's 150 millionth vehicle produced - the 2018 LEAF out of Oppama, Japan

As for the new LEAF (full details/watch live launch here), it will start to arrive in late December/January, bringing with it a refreshed (and less polarizing) look, and ~150 miles of real-world/EPA range - up 40%...for about $700 less.

And while Nissan really didn't want to talk about it at all at the launch party on September 5th, the company will also have an every longer range/higher performance model of the LEAF when the 2019 MY arrives in the Fall of 2018...with a ~60 kWh battery and about 225 miles of range.

Well, given it has also no competition in its range (150 miles) and price class (sub $30k - meaning we will be seeing $199/month lease deals out of the gate), it is hard to imagine it won't end next year a "medal position" (top 3),  alongside the Tesla Model 3 and the Toyota Prius Prime.