Tesla Is On The Fast Track In Oz 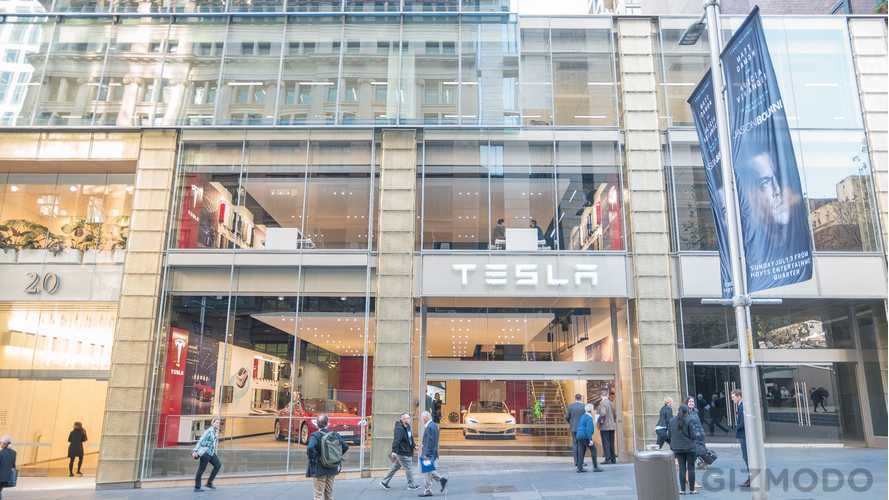 TESLA IS COMING UP BIG DOWN UNDER

This was an exciting time for Elon Musk in Australia.

On the heels of Tesla's continuing traction all across Australia, in late September Musk attended a Powerpack unveiling at Noeon Hornsdale wind farm in Jamestown, South Australia. He announced Tesla was approximately 50% finished the world's biggest lithium-ion battery system. Just hours earlier, Musk took the stage at the International Astronautical Congress (IAC) in Adelaïde to provide a jaw-dropping account of what SpaceX has in store in the coming years.

And Elon Musk's presence in Australia of late doesn't even capture a fraction of all the latest Tesla news happening across the country. For example, Tesla's largest Powerwall installation just occurred in order to make... umm, pizza! And, Tesla just saved one Australian city $1.5 million after installing a Powerpack. The company is also rapidly expanding its Supercharger network along the southern coast. So here's a round-up of all the big news down under.

"What this serves as is a great example for the rest of the world...  when this is done, which will be in just a few months, it will be the largest battery installation, by an estimated power factor of three, in the world.” Pointing out Tesla's rows of Powerpacks, Musk said, "That is what the future will look like and the faster we get there, the better.”

According to news.com.au, a Domino's Pizza store in Western Sydney just "installed a system consisting of ten individual Tesla Powerwall 2 units — the largest installation of its kind in the world.

Designed specifically to meet the needs of Domino’s, the Powerwalls combine to offer a total of 135 kWh in power, which is enough to run the store in its entirety for more than a full day."

According to the restaurant, "Over the course of a year, the ten Tesla Powerwall 2 units will cook more than 90,000 pizzas and 27,000 loaves of garlic bread. while also powering all appliances including ovens, refrigerators, freezers, and lights."

According to Electrek, "Logan City in south-east Queensland installed a solar power system on their new water disinfection plant...  installed a single Tesla Powerpack battery system to go off-grid, which they estimate saved them $1.9 million ($1.5 million USD)." It's reported that "In order to take the system off-grid, they installed a 95 kWh Tesla Powerpack with the company’s new commercial inverter ... That system combined with the solar installation is expected to power the water treatment facility 24 hours a day."

According to Teslarati, in the past month, "Tesla has already set up four new Supercharger stations, extending the company’s fast-charging network along the southern coastal area some 520 miles (~840 kilometers). At the time of the announcement, the closest Supercharger to the world’s largest battery site was in Melbourne, an entire province away. Tesla has since added Superchargers in Ballarat, Horsham, Adelaide, and Clare. Three more Superchargers are also currently under construction in Keith, Warrnambool and the Geelong area."

The Supercharger Network in Australia is set for significant upcoming expansion

Breathtaking look at what SpaceX is planning

Undoubtedly, there are many parallels, shared resources, and joint collaboration efforts between Elon Musk's SpaceX and Tesla.

That said, Tesla fans should stay up-to-date on Musk's latest SpaceX plans revealed at the IAC in Adelaïde, Australia. Teslarati reports, "Elon Musk provides a staggering glimpse of humanity’s multi-planetary future... in a truly jaw-dropping tour-de-force." This video is absolutely must-see as it provides a thrilling glimpse into the future of space travel right here on Earth, the Moon, and ultimately, Mars.

Above: At the IAC in Adelaïde, Australia, Elon Musk presents future plans for SpaceX (Youtube: SpaceX)

I wonder what it would've felt like to watch this if you were a rival at Arianespace, Boeing, or Lockheed Martin? Probably the only ones who watched and felt more nervous were Musk's competitors at legacy automakers. Let's not forget — SpaceX launched their first rocket nine years ago, on a tiny budget, and next year they'll own 50% of space launches worldwide. They did this in spite of competing against some of the richest, well-established, entrenched companies and wealthiest national governments in the world. If Musk could rock the rocket biz this much, I wonder what he has in store for the auto industry?