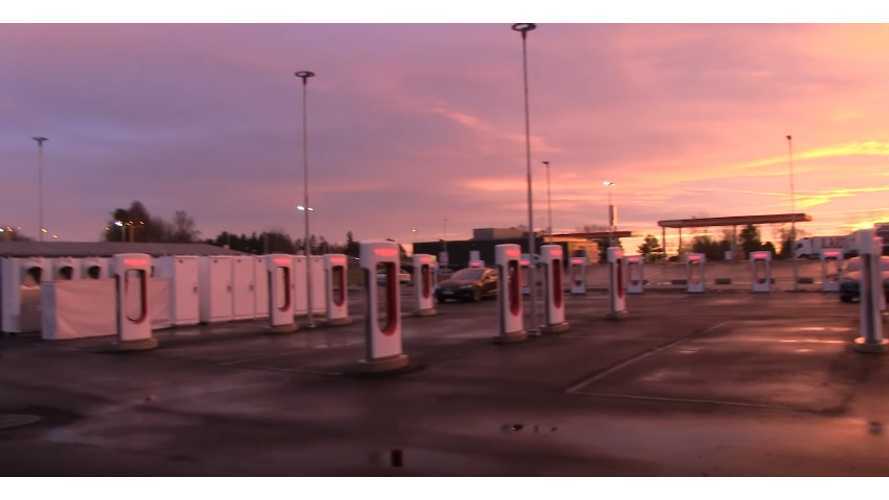 In December Tesla launched Europe's largest Supercharging station that far exceeds the size of all of the other stations in this part of the world.

The station, located in Rygge, Norway, got 34 stalls at the ready with eight more under construction for a grand total of 42 stalls soon.

Europe's second largest Tesla Supercharging station is in Norway too, but that site has only 20 stalls and it's located in Nabbenes.

Charging power stands at up to 120 kW (but the temperature of the battery needs to be high enough to support that load and it's only available when a single car uses one of the A/B stalls).

Outside of the two sites listed above, there are only five larger Superchargers stations in the world - three 40-stall units in the U.S. and two 50-stall units in China.