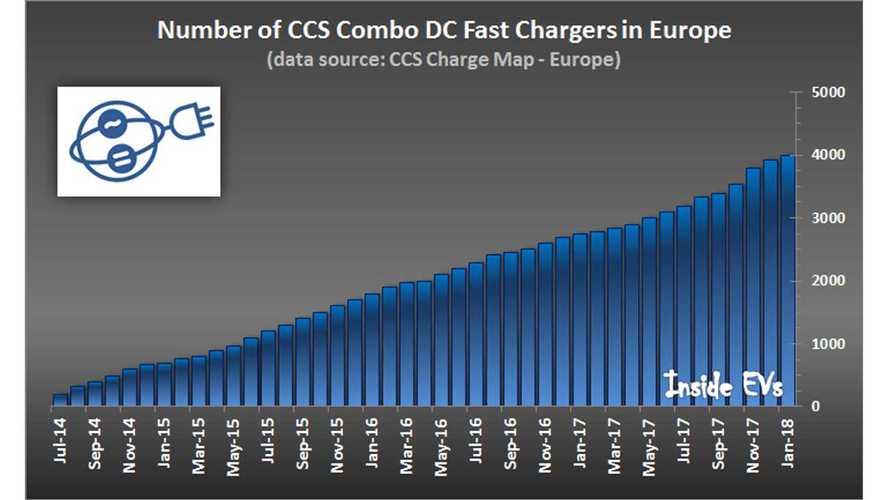 New installations are acceleratingm as in 2017 1,250 new chargers were installed, which means infrastructure expansion of more than 45% year-over-year.

The growth and locations of the Combo chargers is tracked by the CCS Charge Map.

Typical power output is between 20 to 50 kW, but there are also 100 kW units popping up.

Germany is the main force of growth: