Tracking The Demise Of The Internal Combustion Engine 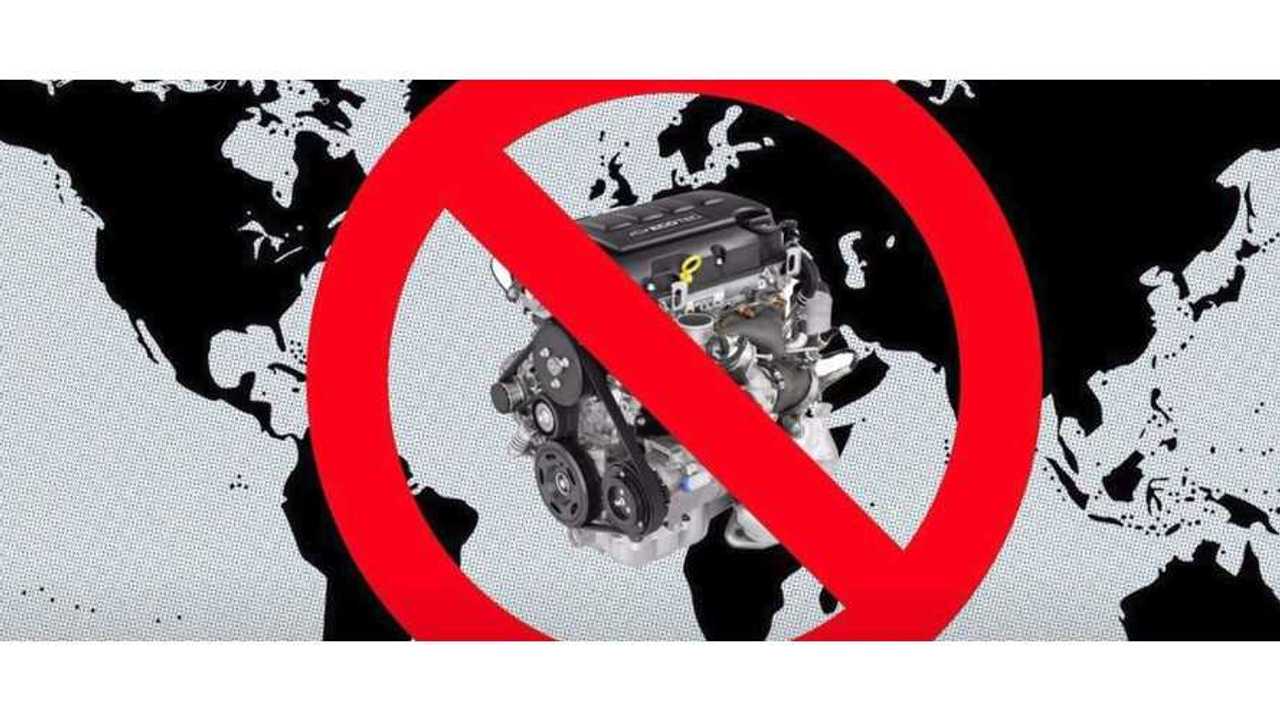 These places want to ban your gas-burning car.

Time is limited for the good ol’ internal combustion engine. With government officials and automakers encouraging propulsion alternatives, gas-powered engines may soon be just a “back in my day” type of memory.

While some automakers, like Volvo and Jaguar, have pledged to hybridize or electrify all future vehicles, the vast majority of the world’s new vehicles are still sold with traditional gasoline and diesel engines. But – and that’s a big but – many cities, states, and countries want to ban all new vehicles that run on gasoline or diesel. Here is a comprehensive breakdown of all the geographical areas planning to prevent the sale of new vehicles equipped with internal combustion engines (ICE).

Being the largest car market in the world, China has the potential to make a big impact on the global automotive industry. Although no specific timetable is set, the Associated Press reported that “research on formulating a timetable to stop production and sales of traditional energy vehicles” is in the works. In the meantime, China has set goals for increasing sales of hybridized and electric vehicles. By 2020, government officials want five million chargers installed, and 80 million by 2030. This improved infrastructure presumably will help the country reach its goal of “new energy vehicles” accounting for 40 percent of car sales by 2030.

Not so many years ago, the Netherlands got off to a strong start with EV adoption, thanks to some pretty strong incentives to purchase the tech over petrol options...unfortunately, that solution was seen as too costly and those incentives disappeared in 2015, along with EV sales.

Now the country has regrouped, and has a new plan - to just outright ban the sales of all gas and diesel vans in 2030 via a zero emissions policy.  Done deal.

This progressive state has a goal to cut carbon dioxide emissions by 80 percent before 2050. Part of that plan, of course, may involve axing new gas or diesel cars. California Air Resources Board Chairman Mary Nichols told Bloomberg News the state’s governor has been pressured to take more aggressive environmental actions – the thought being, “why can China do this and not California.” At this time, an ICE ban is being considered, but no concrete rule is in place.

Like California, British officials want to take drastic measures to improve the country’s air quality. Unlike California, the U.K. plans to ban all new gasoline- and diesel-powered cars and vans by 2040. Although no new cars with traditional engines will be allowed to be sold, current owners of vehicles running off non-renewable sources will still be able to drive their vehicles. Scotland intends to implement the same ban even earlier, by 2032.

According to CNN Money, 40 percent of all cars sold there in 2016 were hybrid or electric vehicles, a number which almost reached 50% in September – an abnormally high market share compared to other countries. After 2025, the plan is to have only zero-emission vehicles being sold.

To help fight global warming, Nicolas Hulot, France’s Minister of Ecological and Solidarity Transition, intends to end the sale of gas- and diesel-powered cars by 2040.  Hybrids and EVs combined to account for just four percent of new car sales in the country 2016 – so its sounds like French officials have a large task ahead of them (although plug-ins have gained some 50% in 2017 so far, up to abut 1.8% market share)...on the other hand, 2040 isn't all that close, so they have more than enough time it would seen.

Unlike the other European countries above, Germany doesn’t want to set a date yet on the gas engine’s demise. But Chancellor Angela Merkel did tell German magazine SUPERillu that Europe needs to eventually eliminate gasoline and diesel engines.

The Chancellor intends to work with automakers to ensure a “smooth transition” into an electrified future, and will encourage them to implement new technologies to keep vehicle pollution under control.

To that end, the EU is set to introduce a new strong "carbon credit" system (somewhat similar to California) that will be a lot more stringent on automakers starting in 2020.  By 2030 , the new program will require CO2 emissions t be lowered 25-35% for cars, and 30-40% for vans, with governing body kicking in some €800 million ($944 million) to help drastically expand the charging infrastructure

Home to some of the world’s most polluted cities, India intends to take drastic measures to prevent further pollution. CNN Money said New Delhi officials only want electric vehicles sold in the country by 2030.

However, Anil Kumar Jain, a government energy adviser, said this is only an “aspirational target” at the moment...and India seriously dropped the ball at the dawn of this generation of plug-in vehicles, putting its automakers, which should have been able to compete strongly, at a disadvantage.

The mayors of these four capital cities signed a global petition in 2016 to ban diesel cars from their streets by 2025. City officials hope this will encourage automakers to be less reliant on gasoline and diesel fuels. Official legislation is still in the works.