Could The BMW i3 Become The Police Car Of Choice In The UK? 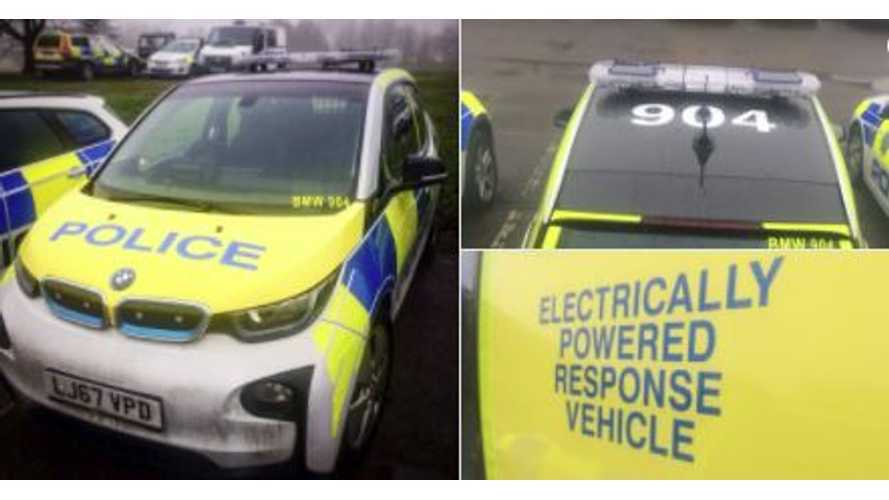 After 50miles I *really* wanted one!

It'd be better than a diesel Astra.

BMW's i3 electric car could soon find its way on to the fleets of police forces across the United Kingdom.

EVs currently aren't a mainstay in most British police service fleets, but as plug-in vehicles slowly become more and more mainstream, it is only inevitable that law enforcement looks to adopting the technology too.

Lincolnshire Police superintendent Phil Vickers recently tested a range-extender version of the i3 and was pleased with what he saw.

'I drove an i3 – after 100 yards I wanted one,' Vickers posted on Twitter. 'After 50 miles I really wanted one! Great little car, great tech — talking to our fleet manager. I see the future'

Supt Vickers said that the i3 would be ideal for 'Neighbourhood team, CID, possibly urban response', but admitted that the car would only be suitable for a daytime role.

'It’d be a great car for me personally, but currently just suited to our 12-hour roles where it can charge overnight,' he said. 'No real 24/7 policing solution from EVs yet.'

The i3 starts at just short of £30,000, so it isn't cheap, but given the relatively young age of electric car technology, its 114 miles range (EPA) is good enough, for now.

If range anxiety is still a thing, there's always the range extender option (REx) – as tried by Supt Vickers – which adds a small electric generator that tops up the battery. Power comes from a 33kWh battery pack that powers the rear wheels only, so it even drives like a 'traditional' BMW, despite being cherry picked right from the future.

Lincolnshire Police currently has a small number of Nissan Leaf EVs in its fleet, but could the futuristic i3 be joining it?