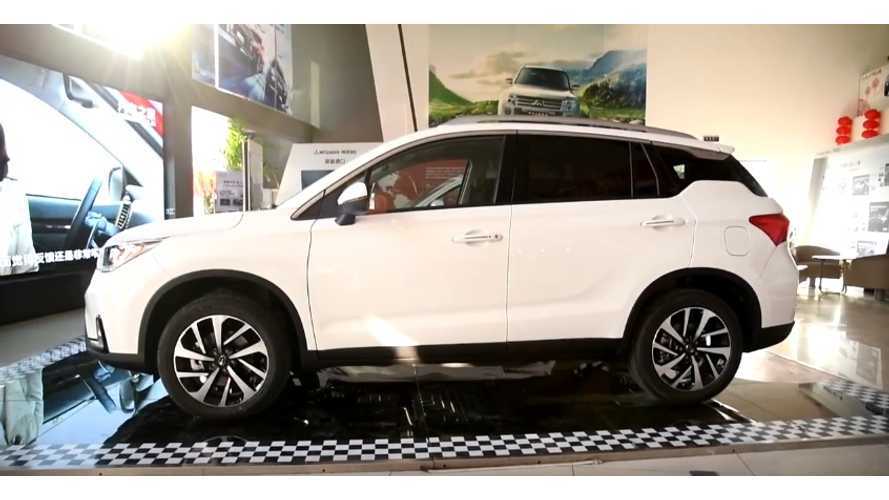 The new model is an SUV called Eupheme, which seems to be a derivative of the Mitsubishi Outlander PHEV.

"Designed by GAC and produced by GMMC in Changsha, Hunan, the Eupheme has also become the first PHEV to be launched and marketed by Sino-foreign automotive joint venture firm in China. The new SUV supports both Mitsubishi Motors and GAC's strategic growth goals, as well as the development of an advanced automotive industry and rapid adoption of "new energy vehicle" (NEV)*1 technologies in the world's largest vehicle market.

Five key cities will serve as the initial release markets for the Eupheme in China, including Changsha, Guangzhou, Shenzhen, Hangzhou and Tianjin, with additional locations to be introduced across the country this year. Featuring an average fuel economy of 1.8L/100km and a cruising range of more than 600km, Eupheme provides Chinese consumers with an advanced, eco-friendly SUV at a highly competitive base price around USD 33,000 – even before national NEV subsidies are incorporated.

As a strategic partnership, sales and production platform in China, GMMC will play a key role in supporting Mitsubishi Motors three-year DRIVE FOR GROWTH strategic plan. By 2019, Mitsubishi Motors aims to have further strengthened its operations across China by more than doubling the sale of locally manufactured vehicles as well as its dealer network, compared with 2016 levels. The company will also focus on expanding its vehicle lineup of four-wheel drive and PHEV SUVs in the country.

"The launch of Eupheme is an important milestone for GMMC, and demonstrates the critical role that PHEV technology will play in meeting Chinese consumers' needs and the government's sustainable development goals. China became the Mitsubishi Motors' largest global sales market during 2017, and we look forward to greatly expanding our position in the country during our DRIVE FOR GROWTH plan."