Driving A Tesla Model 3 In The Snow - Video 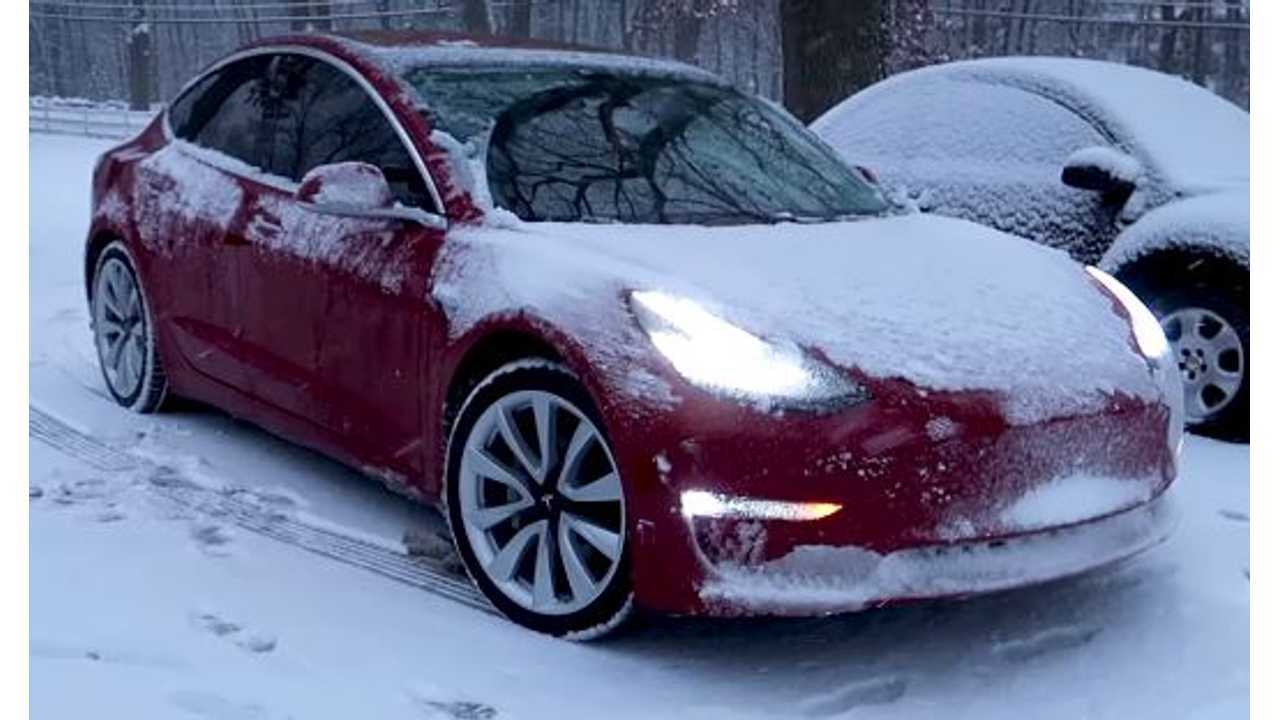 Here's a closer look at how the Tesla Model 3 fares in the snow, complete with some donut attempts!

Zac and Jesse are out for a ride in an ice and snow storm. The Model 3 is fitted with its standard Continental ProContact all-season tires. Keep in mind, this first batch of Model 3s are all single-motor, rear-wheel drive vehicles.

The pair received special clearance to take the Model 3 to an empty parking lot for some testing and some fun. The snow is coming down pretty hard and the roads on the way to the site are in rough shape, but the car stays under control, manages well uphill, and even handles a brief stint with Autopilot engaged.

Once they get to the abandoned lot, Jesse floors it and works the steering wheel, though the car still remains in control and responsive. The traction control does a solid job of keeping the car doing what it's supposed to do.

They try hard to get the Model 3 to spin out by turning on "slip start," which allows the wheels to spin. While it does give the car a little more freedom, it's still difficult to get it to lose control.

Welcome back for another episode of Now You Know! On today's episode, Zac & Jesse take the Model 3 out for a spin in the middle of a snow storm and we see how it holds up! And we may do a couple of donuts in the process!!