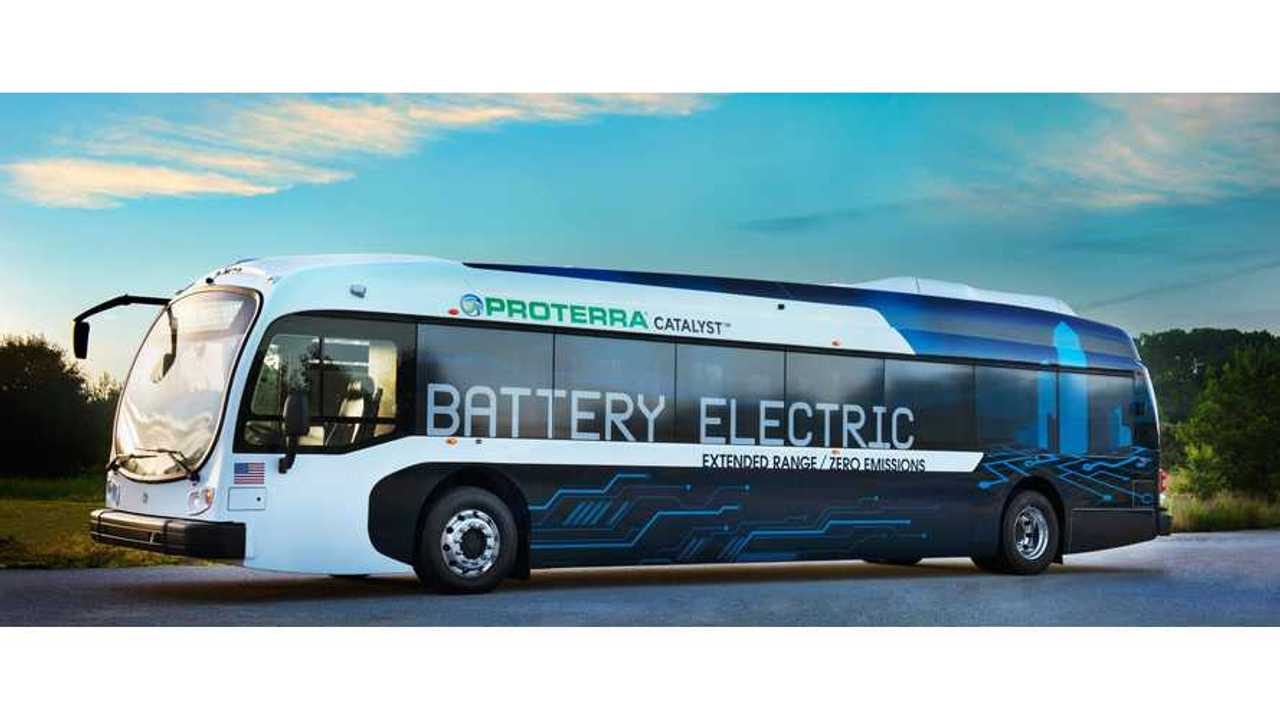 For San Mateo County, it will be one step on the road to a fully zero-emission fleet by 2033.

For Proterra, the latest order is home-grown, as the company launched a new battery production facility in Burlingame (San Mateo County) that is capable of providing over 500 MWh of E2 battery packs on an annual basis. That should be enough for 1,000-2,000 buses, depending on the capacity, we believe.

"Proterra's new Burlingame battery production facility is currently ramping up production to meet demand and can produce over 500 MWh of E2 battery packs on an annual basis. The E2 battery packs represent the heavy-duty industry's highest pack-level energy density at 160 Wh/kg and 260 Wh/L. Made from lightweight ballistic-grade materials to withstand the toughest conditions, Proterra's standard E2 pack was designed from the ground up with an emphasis on safety, durability and performance."

"This milestone marks the agency's first electric bus order of many more to come, as SamTrans has set a goal of electrifying its entire bus fleet by 2033. With the adoption of Proterra zero-emission buses, the District has taken a major step toward creating a clean transportation future for all its riders and residents."

"SamTrans' 312-vehicle fleet carries an average of more than 36,000 people to school, work and other destinations each weekday. It operates 77 routes throughout San Mateo County – including Proterra's home city of Burlingame – servicing a 446-square mile service area that stretches into parts of Palo Alto and San Francisco. The 10 Proterra Catalyst buses will begin service in 2019, and serve a number of routes in San Mateo County.

With the 10 Catalyst buses, SamTrans will eliminate over 5 million pounds of harmful emissions, annually. In addition to the environmental benefits, the new electric buses will also have a positive impact on SamTrans' bottom line, since they require less energy to operate and reduce maintenance costs. Over their 12-year lifetime, the 10 Proterra buses will result in maintenance and operations cost savings projected at nearly $4.5 million. The purchase of these new buses is fully funded by a combination of federal, State, Bay Area Air Quality Management District and SamTrans funds."

"We're proud that Burlingame is not only home to the world's leading electric bus innovator, but that our residents will have an enhanced experience taking these high-tech, zero-emission buses to and from work and school. It is great to be able to call Proterra both 'our neighbor' and 'our partner' as we work to improve the quality of life in our County – all while saving taxpayers millions of dollars."

"Proterra is designing and manufacturing the batteries that will be powering our new electric bus fleet just 20 minutes away from us. We are proud to partner with Proterra as the company enables us to make this zero-emission vehicle commitment an easy call."

"This partnership means a lot to Proterra. To be able to ride the buses we design and manufacture and see the impact they have on our community will continue to motivate our team for years to come. We're proud to have our corporate headquarters and state-of-the-art battery facility here in Burlingame, and partner with SamTrans, a real transit leader."