How Much Will Tesla Impact Huge Luxury Automakers Like BMW? 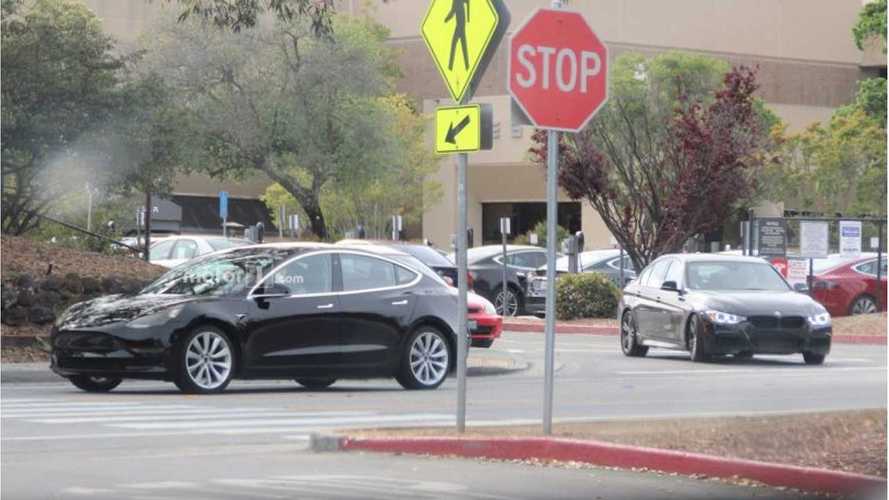 It’s a little early to predict that Tesla will drive the giant global automakers, one by one, into bankruptcy. However, there’s no question that some brands are already feeling the shockwaves from the electric automaker’s rise, especially in certain market segments.

Every automaker has its own mix of products, so the companies have varying degrees of exposure to the coming wave of disruption. As a recent article in Seeking Alpha argues, BMW could be in the most vulnerable position of all. Unlike the Big Three, BMW doesn’t sell pickup trucks, and unlike VW and the Asian giants, it doesn’t offer cheap entry-level runabouts (at least not in the US market). The Bavarian brand’s bread and butter consists of high-end sporty sedans and luxury SUVs - precisely the market segments in which Tesla is beginning to mop up the competition.

BMW’s troubles aren’t just theoretical - Seeking Alpha writer ValueAnalyst notes that sales of the company’s flagship sedan, the 7 Series (which BMW has produced since 1977), are in decline. As shown in tables from CarSalesBase.com, 7 Series sales jumped in 2016 after a redesign but fell significantly this year. If current trends continue, yearly sales in the US for 2017 will be less than 9,000 units - a 30% year-over-year drop, and the lowest sales since 1992.

Tesla’s Model S has dominated the large luxury segment for a couple of years now, as a table from Statista makes clear. Tesla’s gains have come at the expense of legacy brands such as BMW and Mercedes, which has seen a year-to-date 15% drop in sales of its S Class.

The news could get worse for the German sedan-meisters. According to SA's ValueAnalyst, there are several indications that Tesla may be planning another redesign of Model S, and the announced specs for the upcoming Semi and Roadster make it sound as if battery improvements may be on the way too. When Model 3 comes into its own, it’s expected to offer stiff competition for BMW’s best-selling 3 Series. Considering all these factors, ValueAnalyst believes that “BMW can very well face an existential risk as early as 2018.”

In fact, in an earlier article entitled BMW Will Be the First to Go, ValueAnalystcharacterized the company as “floundering in the face of severe competitive pressure and industry disruption.” BMW recently announced a $240-million investment in battery research, but that’s only a fraction of the billions that Tesla has invested over the last decade. “BMW may be years behind Tesla in battery technology.”

The company’s woes are not limited to competition from Tesla. Reuters recently reported that German prosecutors have begun an inquiry into allegations that BMW indulged in the same sort of diesel emissions shenanigans that have cost Volkswagen a few billion bucks. And BMW is in worse financial shape than VW was, with lots of debt and little cash on its balance sheet.

Taking it all into account, our Alpha Seeker expects BMW to be “the first traditional automaker to be significantly impacted by Tesla’s growth, as it has no segment that will not be under severe disruption by 2019.”