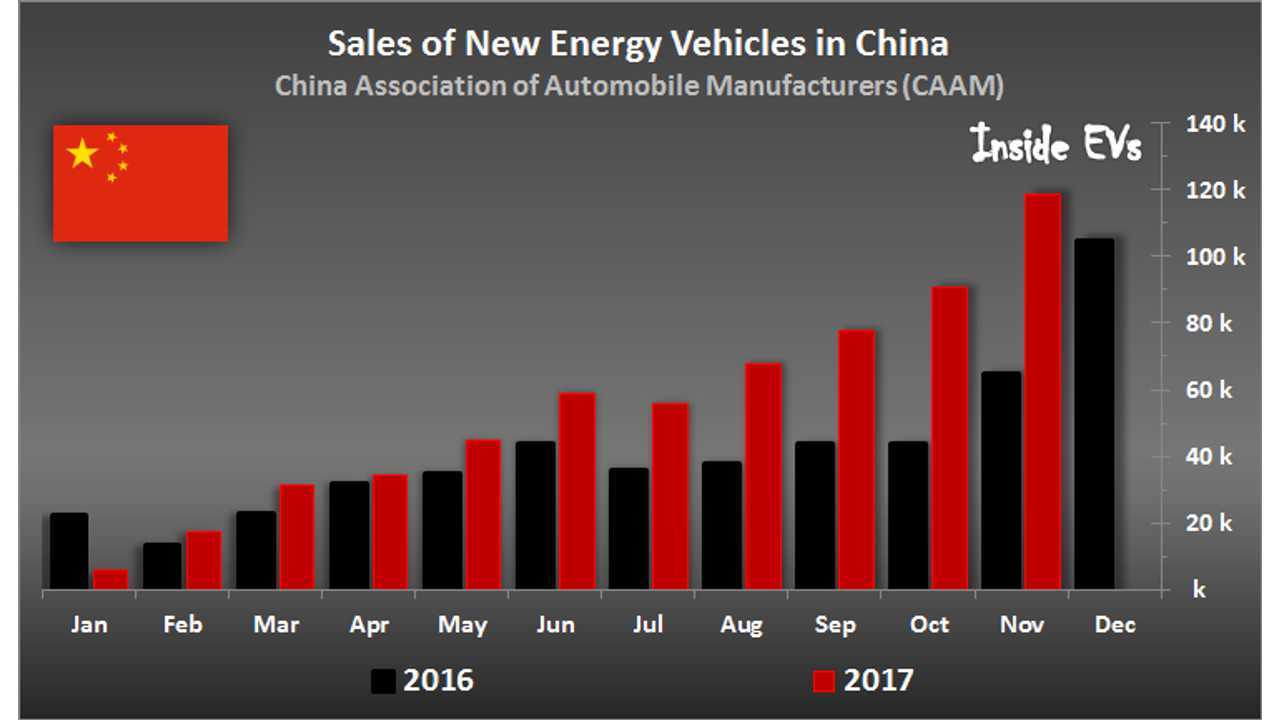 The Chinese New Energy Vehicle (all-electric and plug-in hybrids) market reached in November an all-time high of 119,000 units sold (up more than 80% year-over-year).

Just 5% of plug-in car sales in China come from abroad.

If we check the particular brands like BYD - so far this year the world biggest manufacturer of plug-in cars, sales are booming.

In November, BYD delivered some 12,864 plug-ins (excluding 894 Denza with Daimler), which is a new record. Growth amounted to 59%.

The best selling model in the BYD lineup for November was Qin PHEV - 4,258 (new record of course) as the Song PHEV only noted 3,367.

The best selling plug-in car in the world is the BAIC EC-Series with 15,719 units in November and nearly 65,000 YTD. It's a new record for any particular model.

China is clearly the driving force for plug-in electric cars. It's time other countries to to catch up or be left behind forever.