Volkswagen Will Begin Production Of I.D. Prototypes This April 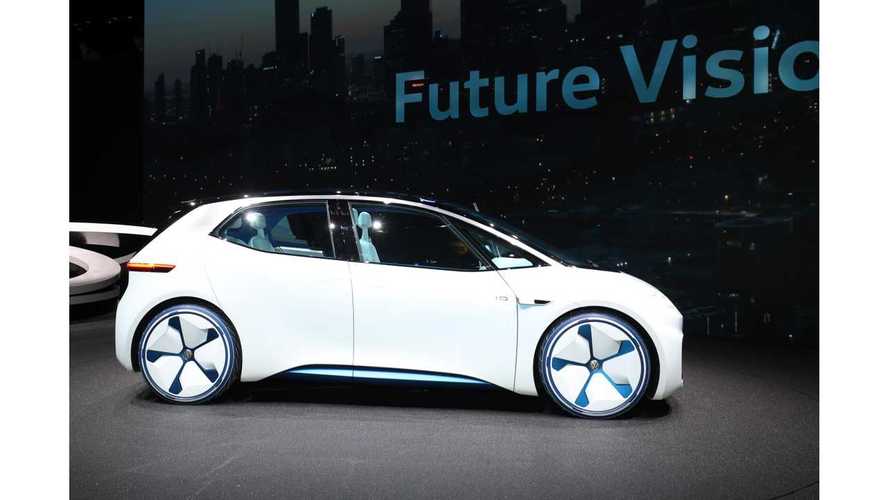 Volkswagen is expected to begin assembly of the first pre-production I.D. prototypes, based on the new MEB platform, in April.

Production of the I.D. all-electric hatchback is scheduled for November 2019, so there's 1.5-years or so to complete development.

The I.D. will be followed by the I.D. CROZZ and I.D. BUZZ that both will be sold in the U.S. (the I.D. hatchback will not). More I.D. models will follow.

Volkswagen recently announced that the Zwickau plant in Germany will produce up to 1,500 MEB vehicles per day.

"From 2020, the Volkswagen brand plans to introduce an entirely new generation of full electric cars based on the modular electrification toolkit (MEB). Preparations for this offensive are proceeding to schedule. With an investment of about €1 billion, the brand will transform the Zwickau plant into the European competence centre for e-mobility and will produce all the MEB vehicles for the European market there. In future, up to 1,500 MEB vehicles per day are to roll off the production line at the plant. Other competence centers are planned in China and North America. This will mean that the next generation of electric cars will be launched at almost the same time in the three major regions."

The MEB platform will be used by many other brands owned by Volkswagen Group.