Audi Says It Will Build EV Factories Around The World 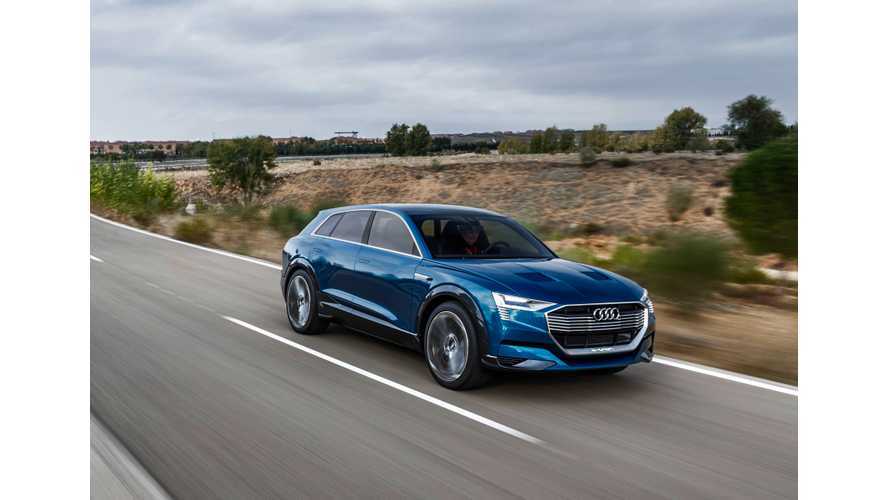 Audi is getting serious about building plug-ins

Audi has announced that future electric vehicles (after the e-tron Quattro and e-tron Sportback) will be produced in various plants around the world instead of from a central European location.

The first two EVs are scheduled for plants in Brussels, Belgium from 2018 and 2019 respectively.

Now, Mexico and Hungary have been mentioned by CEO Rupert Stadler as the next locations to build plug-ins.

But with that said, someday...they all will build EVs.

""In future, electric cars will roll off the line in all of our plants,"  Stadler told a gathering of 7,000 workers at Audi's base in Ingolstadt, Germany, on Wednesday."

By 2025, Audi intends to introduce 20 electrified cars (which of course doesn't mean all plug-ins), and labor union are already trying to secure production for some (if not most) of those in Germany, which not necessary the most cost effective thing according to the management:

"Separately, labor boss Peter Mosch on Wednesday called on top management to speed up assigning production of electric cars to Germany, as staff in Audi's home market fear they could lose out in the race for zero emissions orders and projects.

"The workforce here wants to see results no later than by the end of this year," Mosch told the Ingolstadt meeting."

The issue of course is that the plug-in segment is very competitive, and the margins traditionally very low; so it doesn't makes sense to source and ship batteries a long distance to a manufacturing facility, and it doesn't make good financial sense to have those facilities a great distance away from the target audience - a shotgun approach will ultimately be what is need to find long-term success with EVs.

The 2018 arrival of the e-tron Quattro is positioned against the Tesla Model X, while the e-tron Sportback will be competitor to the Jaguar I-Pace, although the Jag will have a 12-18 months head start on the Audi.

The next electric Audi will be a compact model, build on the MEB platform, followed by BEVs on the new premium electric platform, which is jointly developed with Porsche.