Renault Says Future Is Not "Driving Around In Washing Machines" 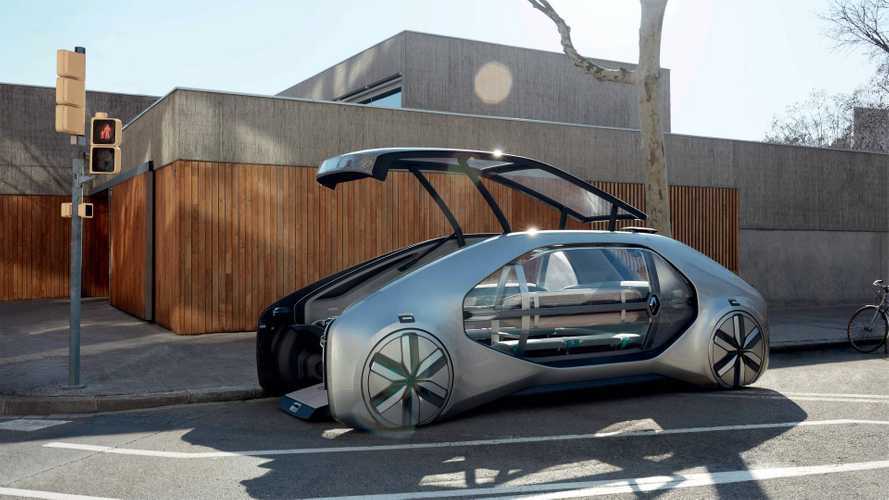 Renault is preparing for a future beyond the privately owned car, and according to design boss Laurens van den Acker, the future is very bright.

"Everyone thinks the future is driving around in washing machines and life is over. Or you’ll be castrated. This is not the case… Don’t quote me on that."

Sorry Laurens, but it’s a great quote. A very human quote, and one that encapsulates the effort going into creating a more appealing and romantic version of travel in this inevitably self-driving future.

It’s this approach that Renault hopes will elevate models like the EZ-GO above myriad other anonymous, autonomous boxes on wheels that are being presented in response to an ageing and increasingly urban population.

A quick re-cap on the EZ-GO, which made its debut at the 2018 Geneva motor show. It’s the first act in a Renault mobility trilogy to be presented this year that showcases a shared global vehicle concept. This so-called ‘Robo-Taxi’ can be both car and service provider, tailored for both public and private use and fully integrated with the city’s transport system in the same way buses, trains and taxis are today.

The design is strongly focussed on access and makes a few assumptions about future use. For starters, performance has been capped at 50kph or 31mph, meaning it doesn’t require seatbelts by law. The car is low and generously glazed, while the trapezoidal profile also has functional benefits for packaging and for allowing existing Light Detection and Ranging (lidar) technology to scan the road most efficiently. And while most privately owned cars have an operational time of two hours per day, the EZ-GO will be operated 20 hours per day, compressing the cost per mile value equation.

Is design becoming less important? 'No!' responds van den Acker. 'Public transport is never desirable enough. We want this (car) to become an icon. We want to create that vibe of "Lost in Translation" with transparent windows that lets you see the city. We want you to feel human. This is a modern desirable, progressive statement.'

With the exception of a diesel-chugging Peugeot 405, Paris doesn’t really have an equivalent of the London black cab or the New York yellow taxi, so the EZ-GO could well be a welcome aesthetic. But beyond mobility, carmakers like Renault also need to provide services that allows their brand to stand out in this self-driving world. Talking to Motor1.com, van den Acker added, 'Indeed, this is the extra value we are trying to create. Can we also offer you a coffee? Can we offer you information? Specific services that could make this really attractive. This is really the goal.'

Despite three ongoing self-driving field tests in both France and Japan, the future roadmap still looks very broad and undefined. While the company has committed to launching an autonomous vehicle by 2022, van den Acker says it’s unlikely to resemble the EZ-GO. 'We are learning every day about consumer needs. If, by some miracle, we get it right first time, then you’ll see EZ-GO on the streets, but this is such a vast terrain.'