A look at a Tesla Model 3 delivery in Austin, Texas

The Tesla Model 3 design studio will open to non-employee reservation holders soon and we have a look at the automaker's invitation-to-configure email.

It seems many more Tesla employees and family members are beginning to configure their Model 3s and deliveries are happening on a more regular basis. According to Teslarati, Model 3 production is ahead of schedule (which may not seem too surprising at this point, since the automaker has not yet entered the substantial ramp-up stage, but that's a whole lot of cars compared to July and August numbers).

October is right around the corner that's the month that Tesla assures "regular" customers will begin to get their cars. In order for any non-Tesla employees to actually have a Model 3 in hand in October, the configuration process will need to begin almost immediately. The automaker will soon open its online Design Studio to start taking the orders. The configurator has been online for some time so that employees could access it, but at this point, it's still closed to the general public.

A Model 3 Owners Club user shared the "Design Your Model 3" invitation email. Obviously, when you click on GET STARTED, it will take you to the beginning of the configuration process. Keep in mind that this is likely only for configuring the currently manufactured Long Range Model 3. Customers will have the usual choices, including color, wheels, and upgrades like Autopilot. 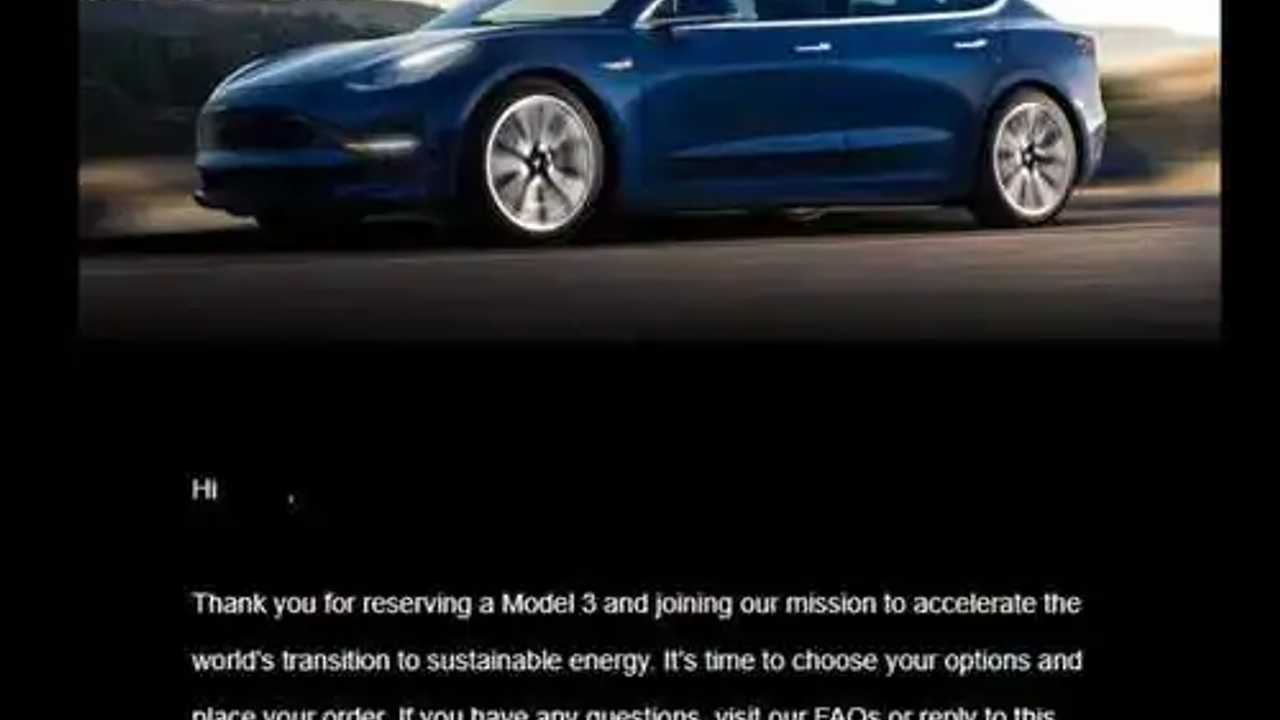 As mentioned above, Tesla has not yet entered significant ramp-up for the Model 3, but it's supposed to be coming soon. CEO Elon Musk has stated that Tesla could reach 5,000 builds a week by December. The automaker delivered 30 cars in July at the handover event. We have no way of knowing with 100-percent certainty how many Model 3s the automaker delivered in August, but we're banking on about 75 (and we have a reputation for being pretty darn close).  Musk said that the goal for September is 1,500 units. We will have a better idea where the automaker stands soon enough, as 2017 Q3 reports are expected in the coming days.

Regardless of the numbers, for Tesla to have actual non-employee delivery success inside of the next ~30 days, folks will have to be getting these configurations in pronto. We're sure that anyone with a reservation (if they're a serious buyer) will race to the opportunity to configure the minute they receive the email. Hopefully, Tesla gets the ball rolling on this sooner rather than later.