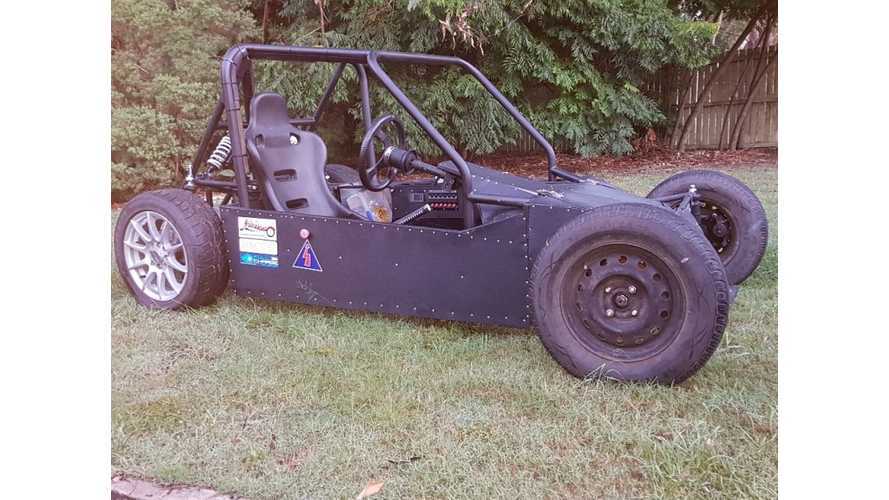 Australia is home to some passionate EV racers

Formula E may have brought some amount of attention to the electric racing scene, but in most corners of the world, it remains something of a grassroots affair. This means that would-be battery-powered racers need to be inventive and hands-on if they are to make the fruits of their typically modest budgets competitive with gas-powered vehicles, which have a long history of development.

This is especially true in the case of Full Charge Motorsport, which competes in motorkhana (an Aussie form of gymkhana), khanacross, and the occasional hill climb event in Australia, and which just came to our attention after they posted some photos and videos from their efforts in the InsideEVs Forum. Originally launched in 2016 by an electricity provder executive, it is currently on its second vehicle. Hand-built, the little beastie is still under development — it just saw its first outing earlier this month — but it's a great example of what can be accomplished on a tight budget.

Constructed on a steel square tube frame, this new cart , answering to the name of Thor, relies on a 7 kWh battery pack comprised of cells from a Chevy Volt for energy storage. The small battery energizes an 8-inch DC motor by way of a Zeva 1000 amp controller, which motivates the rear wheels through a multis-speed gearbox. Amusingly, the hydraulic handbrake handle, something that sees heavy use since the need to swing the rear of the car around often arises, was fashioned from an actual katana after the original wooden handle broke.

If you wish to learn more about the car, or about the events this EV will be racing in, feel free to drop by the Forum and put your questions directly to the man behind this effort. If you haven't already, check out the video above, as well as the bonus (and very entertaining) 360-degree video below.