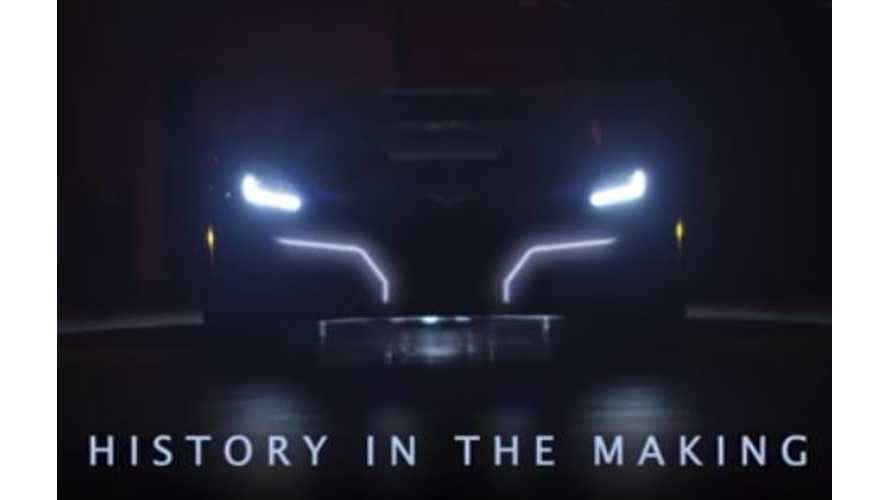 Genovation Cars' electric 'Vette is going to be more powerful than the ZR1.

Originally announced in October 2016 by Maryland-based Genovation Cars, the GXE will finally make its debut in pre-production metal on January 9 on the occasion of the 2018 Consumer Electronics Show (CES) in Las Vegas. Along with the disclosure about the performance EV’s long-awaited public unveiling, the company is happy to report it has updated the technical specifications and now the numbers are even more impressive.

And then there is the info about performance, just as staggering as the rest of the data listed in the official specs sheet. The sprint to 60 mph (96 kph) will take less than three seconds and top speed will be beyond 220 mph (354 kph). It will all be possible thanks to Genovation Cars’ latest and greatest electric powertrain and battery tech, which the firm says it is derived from Le Mans and F1.

Speaking of the battery, the GXE will feature a 60-kWh pack and that will be enough juice for roughly 130 miles (209 kilometers) of range between charges in an electric ‘Vette set to have a nearly perfect 50:50 weight distribution.

It should not come as a big surprise the GXE won’t come cheap given the performance it will be able to deliver and its limited availability of just 75 cars. Those in the market for an insanely fast electric Corvette will have to spend a cool $750,000 and patiently wait until the fourth quarter of 2019 when customer deliveries will commence. That’s certainly a lot of money to spend on an EV, but then again, the defunct Audi R8 E-Tron retailed for a hefty $1 million.

As a final note, Genovation Cars made the headlines last year after its C6-based electric Z06 Corvette established a new world record on July 28 for a street-legal electric car by hitting 205.6 mph (330.8 kph). The company improved its own record in March 2017 by reaching 209 mph (336.3 kph) at the Shuttle Landing Facility in Florida as shown in the video above.