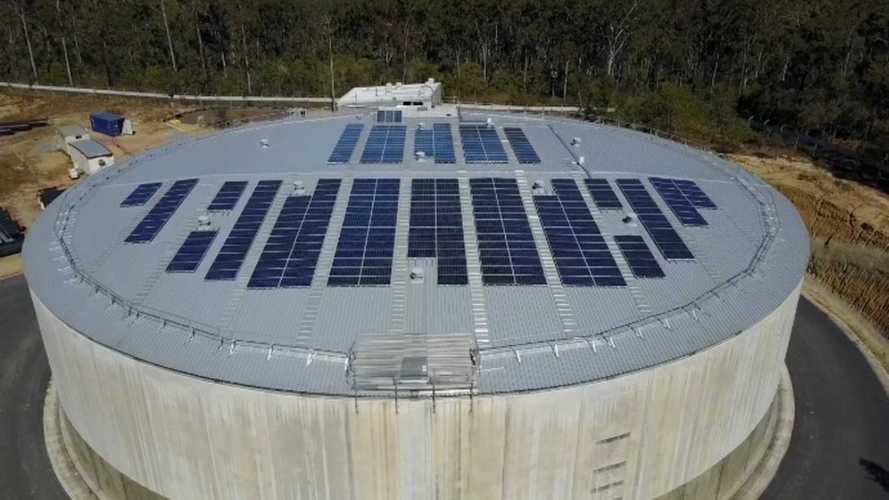 Tesla Powerpacks are showing up in more and more energy storage projects in Australia.

One of the most recent is to support a water purification plant in south-east Queensland, which is designed to provide safe drinking water for 200,000 people

The facility needs to be powered on a continuous basis, but yet is off-grid.  Hence the need for a battery solution.

""There was a need to have this reservoir, there was a need for it to be powered for its chlorination treatment however it was in an area where it was completely off the grid," Cr Smith said."

Initial power comes from a solar array (323 panels) on the water reservoir, while a ~95 kWh Tesla battery provides backup.

Having ESS and solar makes it a much better solution than a generator.

"The Logan City Council's new water reservoir at Round Mountain, which has been built to cater for the growing community in the region's south, was constructed so far from the nearest power grid that it needed its own power source to be economically viable.