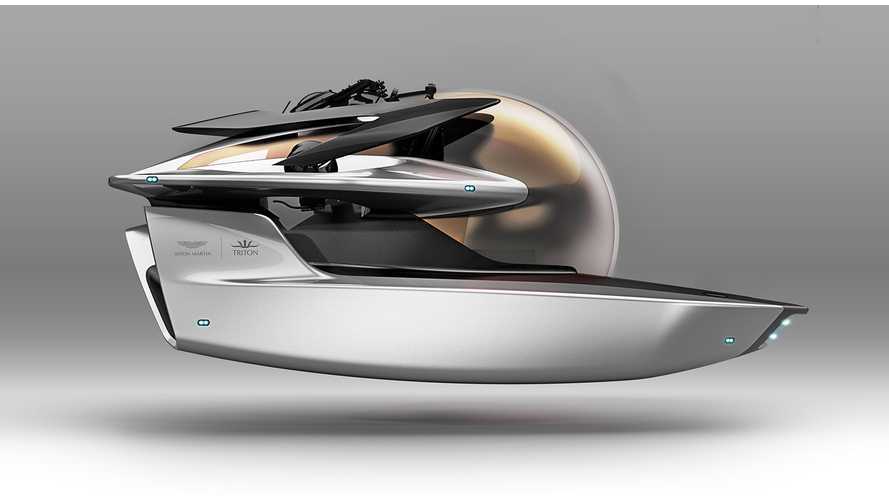 Slower than a Cygnet, yet likely to be more expensive than a Vulcan.

Well, this is unexpected. It appears James Bond’s Lotus Esprit submarine (now owned by Tesla CEO Elon Musk) will soon have an underwater companion as Aston Martin has teamed up with Florida-based Triton Submarines to work on a submersible.

From shirts and watches to pens and pieces of furniture, the company is selling a lot of products that aren’t directly related to its beautiful cars. The folks from Gaydon are about to branch out furthermore as the Project Neptune concept will evolve into a special edition that is going to be available in limited numbers.

The submersible starts off as Triton’s 1650/3 Low Profile (LP) three-person platform and then it receives a new design signed by Aston Martin. Billed as being the “world’s lightest and most compact three-person production submersible,” the underwater toy is fitted with a 30-kWh battery pack that has enough juice to last for up to 12 hours of use. It weighs four tons and even has air conditioning to keep the two passengers nice and cool during deep-diving adventures descending 500 meters (1,650 feet).

The first project to come from Aston Martin Consulting benefits from a futuristic design that makes it stand out when compared to the regular 1650/3 LP (pictured above) upon which it’s based. There is one downside, though, or two if we’re taking into account what will be an eye-watering price tag considering the standard submersible costs a whopping $3.3 million. With a top speed of less than 4 miles per hour, Project Neptune will be by far the slowest Aston Martin ever, thus making the Cygnet seem like a hot hatch all of the sudden.

The Project Neptune is not the only Aston Martin for the water as it was only yesterday when the company revealed the AM37S Speedboat as a follow-up to the AM37 launched in 2015. Built by Quintessence Yachts, the range-topping version has a pair of Mercury Racing engines, each good for 520 horsepower.