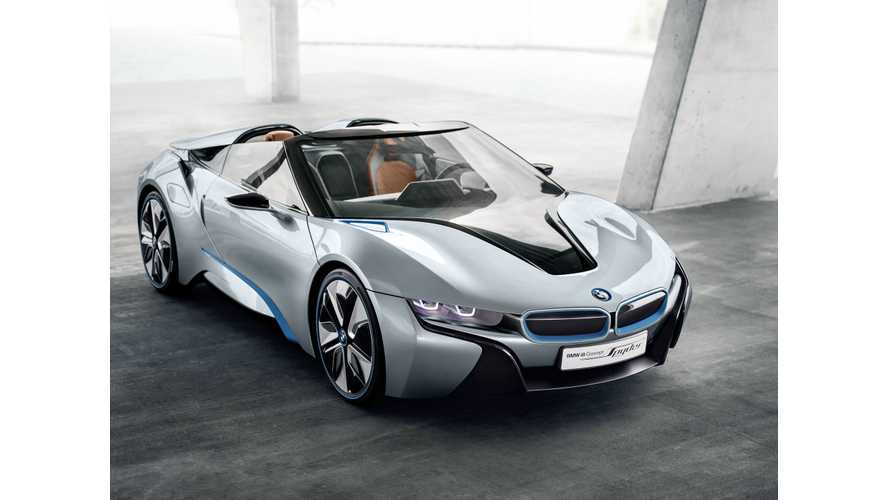 The BMW i8 Roadster is in its final testing phase.

The upcoming BMW i8 Roadster with new soft top is to be unveiled at the 2017 Los Angeles Auto Show this December, featuring major improvements over the current i8.

BMW recently presented video from its final testing phase and has begun to tease the features of the i8 Roadster at exclusive VIP events.

According to BMWBlog, the i8 Roadster will have twice the range than i8,  which is currently rated at 14.2 miles (EPA) using a 7.1 kWh battery pack.

Doubling the battery pack size (to ~14 kWh) would indeed be a similar proportional upgrade to the expected bump of the BMW i3 to 43.2 kWh in 2018 (over the original 22 kWh of few years ago).

In addition to more range, comes more oompf, as the power output is to be increased. Again, at this point it is not know by how much exactly (but likely around 400 hp total).

Other news surrounds revised chassis tuning, a new Electric Copper color, and the capability to open the soft top in ~14 second at speeds of up up to 60 km/h, so a drop top on-the-fly as it were.  Overall, an upgraded infotainment system and new assistance systems are also on the list of changes for the Roadster and the traditional i8.