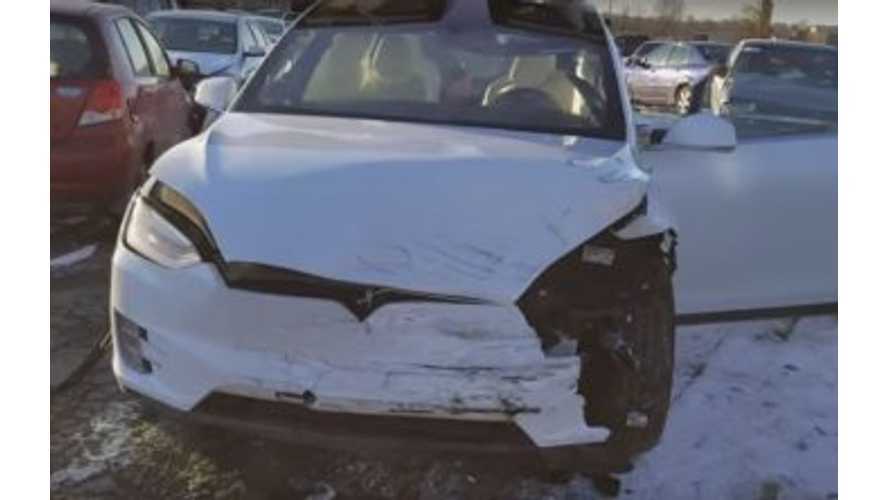 Crashes are inevitable, so why not buy one of the safest vehicles on the planet?

The Tesla Model X, along with the Model S, is a 5-star rated vehicle, according to safety ratings from the National Highway Traffic Safety Administration (NHTSA).

The X's safety was recently put to the test. As Teslarati explains:

"The aftermath of a Model X 75D accident was shared by Jordan Hart, a Tesla enthusiast and owner of YouTube’s Driving The Future channel. According to Hart, a small sedan ran a red light in front of his wife’s Model X 75D, which was traveling at about 55 mph. The accident resulted in a collision that damaged the electric SUV’s front left side."

"Despite the significant impact, however, the Tesla was able to protect Hart’s wife by cocooning her in the safety of Model X 75D’s twelve airbags."

According to Hart, the Model X was still driveable. Hart's wife moved the X to the side of the road and exiting the vehicle. Tesla received an immediate notification of the major collision and responded by reaching out to the driver. Hart's wife presumably was uninjured.

The damage was considerable, estimated at $40,000, but that's fine by us, as the car did its job of protecting any and all occupants.