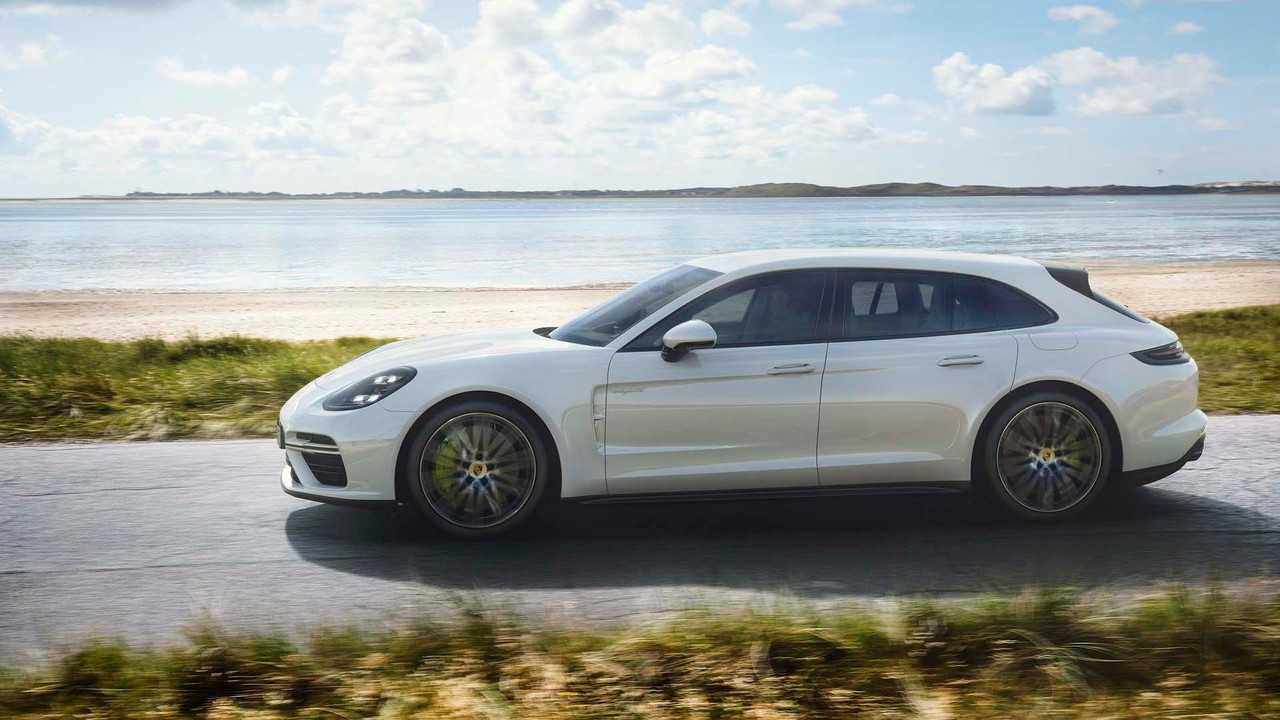 Our favorite long roof from Stuttgart is now packing the same hybrid punch found in the standard Panamera E-Hybrid Turbo.

Yes, it might sound a bit awkward to say hybrid punch, but when you add a 136-horsepower electric motor to a biturbo 4.0-liter V8 already producing 550 hp, that’s exactly what you get. The result is a combined 680 hp, and though Porsche absolutely refuses to refer to this car as a wagon, or estate, or any other name aside from Sport Turismo, this is – as far as we can tell – the most powerful factory long roof in the world.

We could spend more time talking about the infusion of the hybrid powertrain, which is taken from the 918 hypercar just as it is in the standard Panamera E-Hybrid. We could also talk about efficiency, which Porsche says is on-par with the 3.0-liter version of the Panamera despite the significant boost in horsepower. The electric-infused Sport Turismo can also cover 31 miles (NEDC - think ~22 miles real-world/EPA estimated) and hit 87 mph without using a single drop of gasoline, and depending on the kind of connection can be recharged in 2.4 to 6 hours.

What you want to know, however, is just how fast a 680-hp all-wheel drive wagon really is. On that front Porsche says the Panamera Turbo S E-Hybrid Sport Turismo will hit 60 mph in 3.2 seconds, which is technically faster than the average person can say the car’s full name. It also happens to be the same time the automaker lists for the regular Turbo S Sport Turismo, which might be a bit confusing to some.

The hybrid powertrain certainly adds weight to package – the standard Panamera S E-Hybrid tips the scales at over 5,000 pounds and the Sport Turismo’s fatter backside adds upwards of 100 pounds to that. Still, we suspect Porsche might be airing on the conservative side when it comes this car’s ability to hustle, especially considering the aforementioned standard turbo E-Hybrid lops a couple tenths off that time.

Thusly equipped, the Panamera Turbo S E-Hybrid Sport Turismo becomes the range-topping model in the lineup, and that’s reflected in its $188,400 base price. That’s certainly a significant jump from the regular long roof Turbo S, especially when you consider both cars have such similar performance. If, however, you love (as we do) the idea of quiet, all-electric motoring in a family estate car that can hulk out at a moment’s notice to humiliate practically any supercar, we can’t imagine driving anything else. The new model goes on sale in the U.S. in spring 2018.