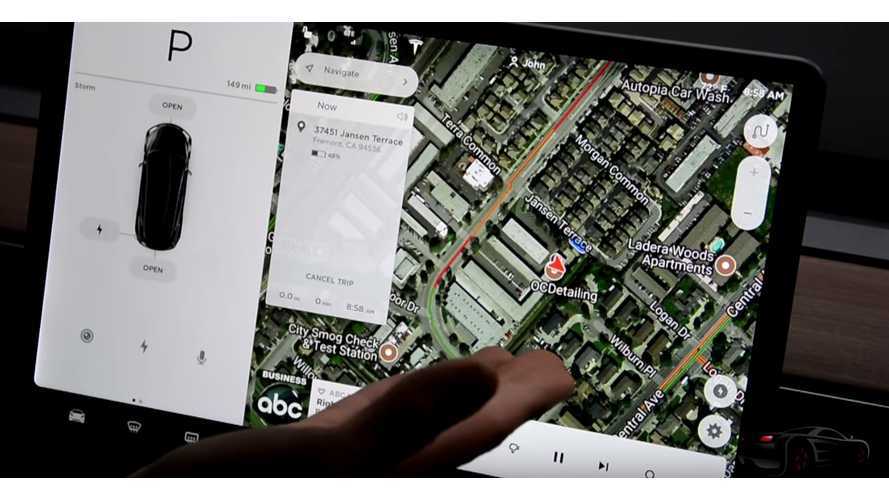 As promised, Joe Torbati from OCDetailing gets into even more detail with the Tesla Model 3 touchscreen.

Just the other day we shared a Tesla Model 3 walkaround video made by OCDetailing (a luxury car detailing shop in Fremont, California). Now, we have video number two, with a close-up look at the Model 3 touch-screen infotainment system.

Editor's Note/update:  As with many Tesla Model 3 videos, here again another one has gone offline/mysteriously disappeared. As always, we will attempt to re-acquire the feed.  Update 2: And we have run down another copy - enjoy it while you can!

First of all, Joe says that, like most people, he was concerned about the screen distracting him from safely driving the car. However, he admits that he was wrong. Joe explains that the screen is not an issue. It's crystal clear, has great graphics, and is easy to use and intuitive. Joe shared that overall Tesla has done an outstanding job with it.

Joe speaks to being able to reach the screen easily without taking his eyes off the road. He spends some time showing how the Model 3's HVAC system is set up and how it's controlled via the screen. He equates it to playing a video game.