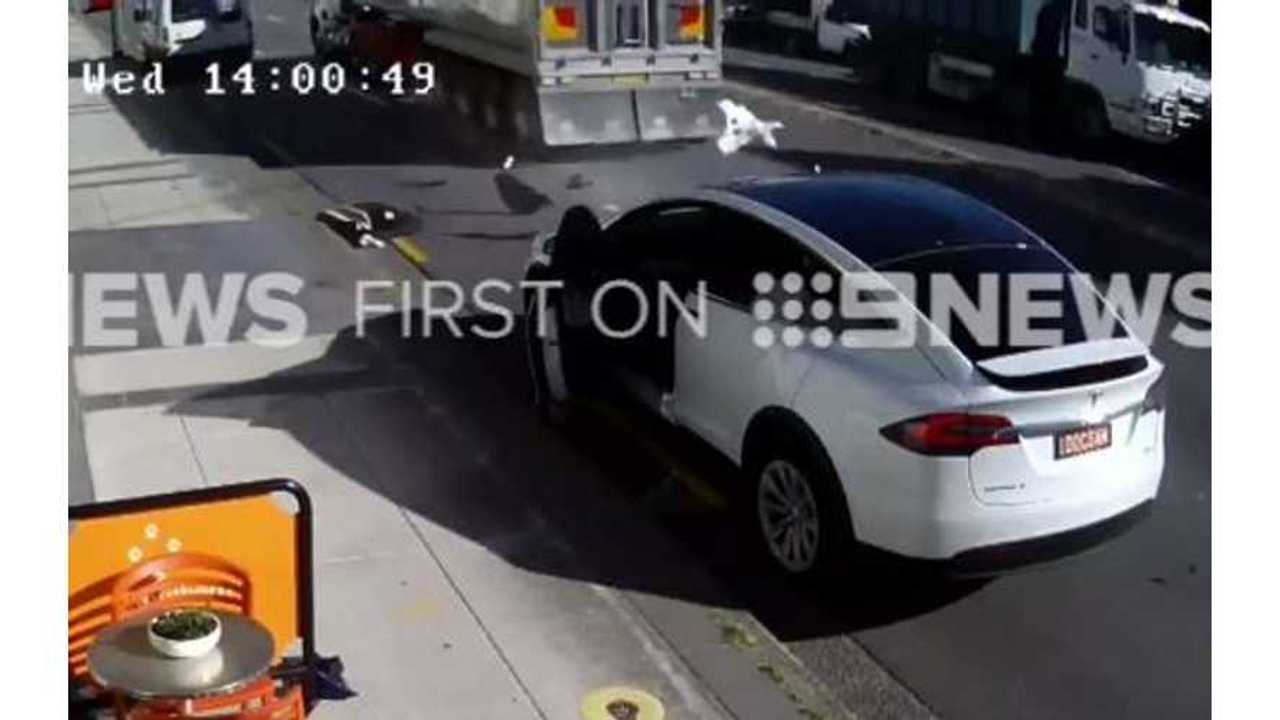 As the door automatically opens in response to a keyfob action, a passing truck rips it right off.

Note to self - check for vehicles before pressing the keyfob button to automatically open doors.

As you'll see in the video (9News via YT/CarAdvice), the X flashes its lights, indicating that an action has been called for from the keyfob. The X's front doors begin to automatically open as a truck is passing the parked X on the right. It's clear what's going to happen next...

"A Tesla Model X owner has had the driver's-side door torn from his parked car, after the doors automatically opened just as a large freight truck passed alongside."

The Model X owner dispute Tesla's claims, which are as follows:

A Tesla representative told CarAdvice the incident occurred due to the key fob being pressed and not as a result of any fault with the Model X vehicle in question.

“Our data records clearly show that the customer had this feature set to ‘on’ at the time of the incident, and that both front doors of the car were unlocked and opened via two double-clicks of the key fob, four consecutive clicks, within operating proximity to the car.”

"...at no point was the key fob ever pressed and nor was there ever any attempt to turn this feature on from the menu, claiming that it was on by default when he picked up the car from Tesla."

“I did not activate the key fob; again evidenced by timed CCTV footage, the two front doors unlocked and opened autonomously.”