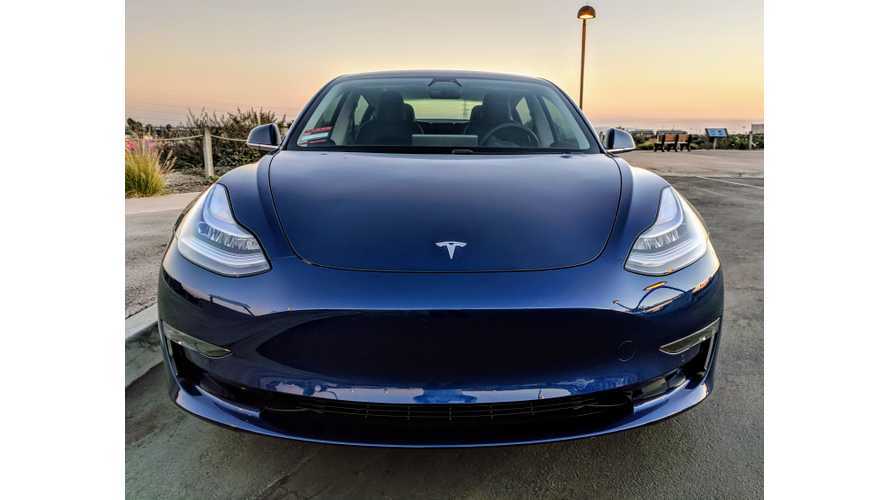 One of the biggest questions in the EV industry right now revolves around how many Tesla Model 3 vehicles will be delivered before the close of the year.

The automaker originally hoped to ramp up production to some 5,000 Model 3s per week by December and 10,000 per week moving forward. However, nothing went as planned, and an early production bottleneck -- apparently related to battery manufacturing --  meant that Tesla was only able to deliver about 712 Model 3s thus far.

Of these ~700 cars, 390 came in Q4 (with 145 being delivered in October and 345 in November). So, how many will Tesla put in customers hands during the month of December?

We do know that production has accelerated. We can only assume that the bottleneck has been addressed and taken care of. If not completely solved, at least to a degree that is allowing the Silicon Valley electric automaker to crank out cars at some reasonable clip.

Additionally, customer deliveries (non-employee affiliated) have definitely started, and pictures and video footage from holding lots and delivery centers speak to considerable volumes of Model 3 vehicles produced and heading out.

With all of this being said, we still can't put a finger on a safe estimate, but fortunately, Tesla will report global Q4 sales in the coming days, and we'll have the answer to our question.

Meanwhile, KeyBanc Capital Markets analysts are estimating around 5,000 Model 3 deliveries for Q4. This means that Tesla needs to deliver some 4,600 in December alone. Keep in mind that this number is way down from the firm's early estimate of 15,000.

Interestingly, KeyBanc talked with Tesla salespeople at 18 California stores before making the estimate. The firm wrote:

Hmm ... a dozen a week with the average being 10. Let's multiply this by 18 stores and ~4.5 weeks. We're getting 810. Tesla has over 100 stores and galleries in the U.S., although many of these locations are surely not delivering vehicles. Let's just pretend for a minute that they are delivering from every single location nationwide (some states don't even allow it and most deliveries are primarily happening at the California locations). But, nonetheless, 100 stores at a half a dozen per week would add up to 2,700, plus the above 810.

If this impossible perfect-world scenario could somehow materialize, the magic Q4 number would still be under 4,000. But, who knows really ...