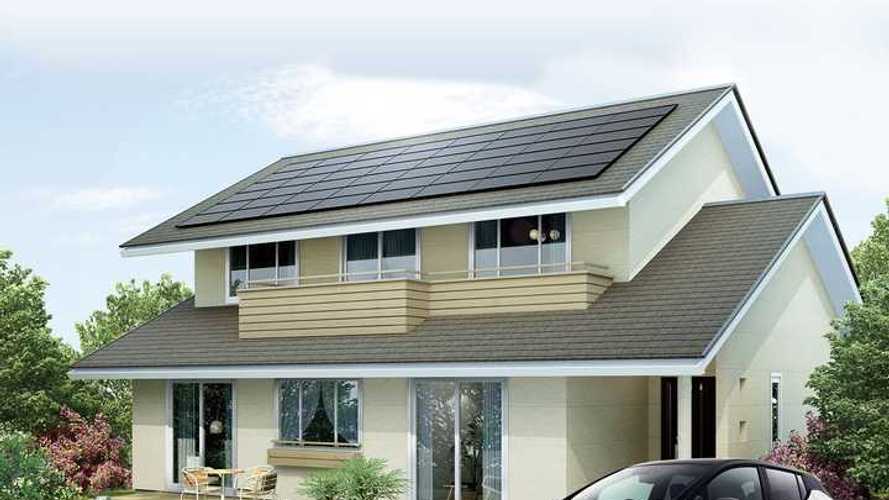 Nissan, together with Ecosystem Japan, have launched a special electricity offer for new LEAF owners in the Kanto region of Japan that includes "free" solar panels.

In a way, it reminds us of past SolarCity deals, as the customer is required to sign up for Ecosystem Japan’s Jibun Denryoku plan for 20 years, paying just for the electricity, mostly produced from the solar installation.

Installation of the panels and maintenance costs are covered by Ecosystem Japan. After the 20-year period, ownership of the solar power generation system will be transferred to the LEAF owners for free.

It's an open question whether automakers will spread such campaigns around the world, joining forces with utilities.

"New LEAF owners who sign up for Ecosystem’s Jibun Denryoku (“personal electricity”) plan qualify for free installation of a solar power generation system. They can also get a discount on a plan called the Daytime Assist Plan. Participants are encouraged to charge their LEAFs during the day using electricity from their solar panels, or at night when demand for grid power is lower."

"* The campaign targets customers living in the Kanto region and runs until the end of March 2018. To qualify, owners of the new Nissan LEAF must sign up for Ecosystem Japan’s Jibun Denryoku plan and are required to continue on the plan for 20 years. When the contract expires, ownership of the solar power generation system will be transferred to the LEAF owners for free. Ecosystem Japan will bear installation and maintenance costs during the contract period."