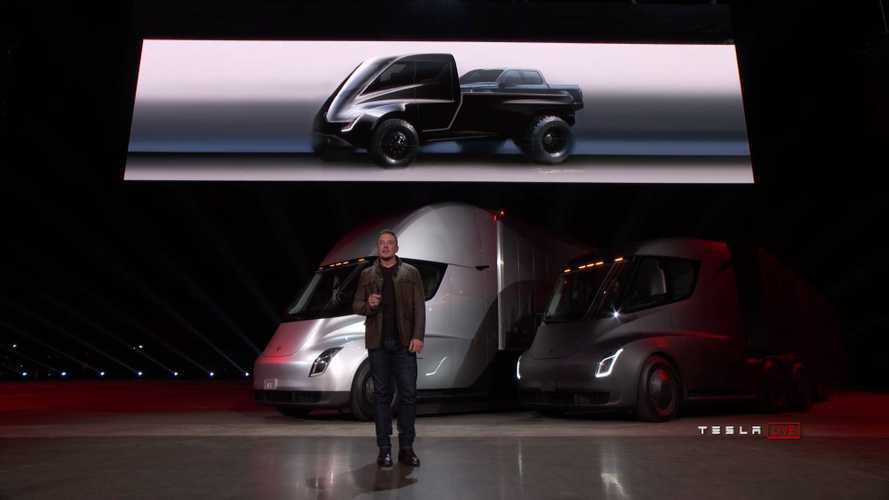 CEO Elon Musk reveals that the Tesla Pickup Truck's primary design elements have been established for years and promises it will come after the Model Y.

We can't say that we're too surprised here. We've known for some time that the automaker has plans for the Model Y in the near future, as its next vehicle to follow the Model 3. It also hasn't been a secret that Musk has been hinting at a pickup truck for quite some time now. This became even more clear at the recent Tesla Semi reveal event when a picture of the pickup truck was shown.

However, the truck that made its way into Musk's semi presentation was basically a miniature version of the semi, with a pickup truck bed, and another "normal" pickup truck inside the box. Strange as it may seem, this may be a true concept of what's to come.  A pickup truck that can transport a pickup truck and be driven with a normal driver's license ... Musk said (via Teslarati):

“It’s a pickup truck that can carry a pickup truck. By the way, you will actually be able to drive that with a normal driver’s license. It’s kind of wrong, but I like it.”

Musk bravely took to Twitter right after the holiday and thanked Tesla supporters. He also opened a huge can of worms by asking if there were any suggestions from the masses, in an attempt to make Tesla better:

Wanted again to send a note of deep gratitude to Tesla owners WW for taking a chance on a new company that all experts said would fail.

So much blood, sweat & tears from the Tesla team went into creating cars that you’d truly love. I hope you do.

How can we improve further?

People proceded to reply with suggestions throughout the day, to which the busy CEO responded. One such reply promised the pickup truck:

I promise that we will make a pickup truck right after Model Y. Have had the core design/engineering elements in my mind for almost 5 years. Am dying to build it.

Back in September, Musk had already mentioned that the Tesla Pickup Truck may be a downsized version of the automaker's electric semi, although nothing was verified, and at that time he didn't seem willing to make any promises. Diving into the comments even further, a Twitter user -- that obviously has some concerns about this crazy behemoth of a pickup truck -- asked Musk about its size. His response was even more telling:

Similar total size. Maybe slightly bigger to account for a really gamechanging (I think) feature I’d like to add.