A high percentage of sighted people agree: wheel covers from Tesla designed to increase efficiency and range are rather ugly. If the writings of many expectant Tesla Model 3 owners are to be believed, a lot of them plan on removing the aerodynamic covers that come standard with that car — the wheels hiding beneath these covers are actually pretty nice — and put them aside for use on long distance trips only, preferring to take the efficiency hit in their day-to-day driving. 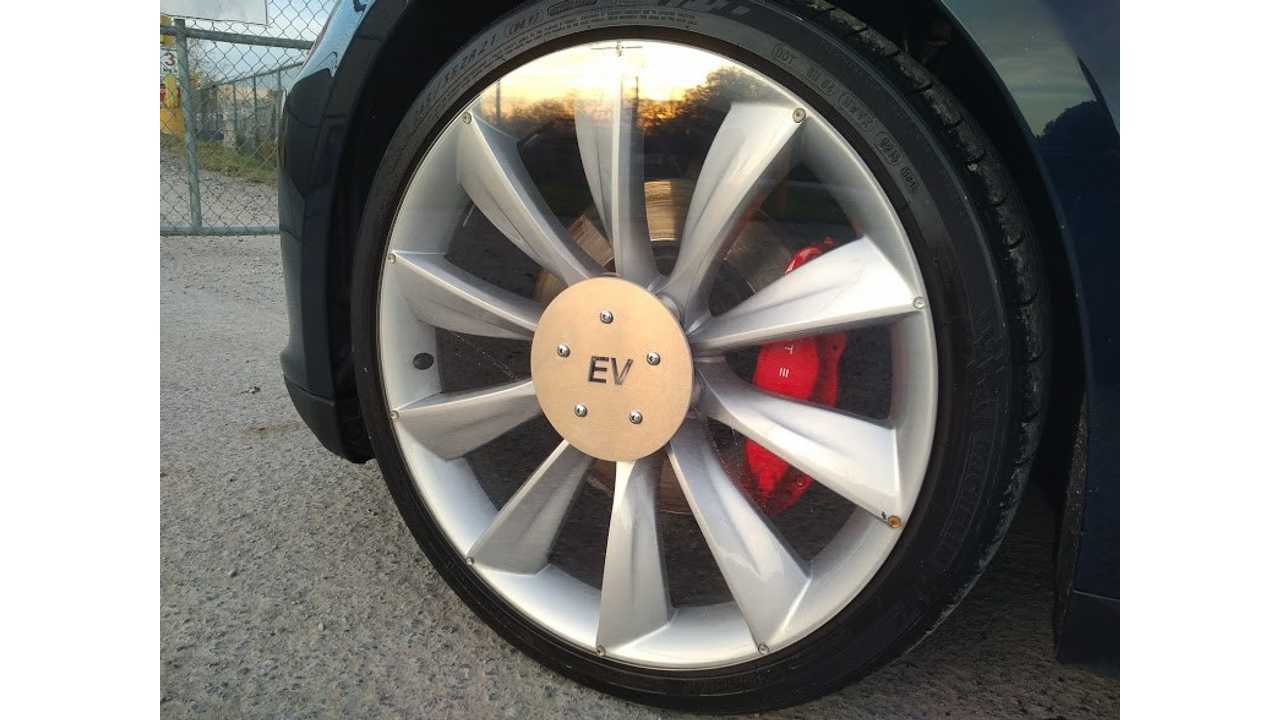 It doesn't have to be that way, though. As a Canadian Model S owner discovered, with a little elbow grease and cash, you can have a solution that is both aerodynamic and as attractive as the wheels you prefer to shoe your car with. Maybe even more so.

You can read the long version of how he approached and solved this problem over at the Tesla Motors Club, but the short version goes like this. Basically, he had a 3D print shop scan his wheel and model a bracket, then had it produced in aluminum at a CNC place. He then cut discs from a sheet of  polycarbonate sized to fit his 21-inch wheels. The final piece of the puzzle was a smaller disc "retention plate" in which he cut the letters "EV," which helped secure the polycarbonate and keep it from cracking at speed.

It ended up costing about CDN $1,325 ($1,044) and he seems quite pleased with the end product. He says it can collect some brake dust, but it can be easily cleaned without removing the wheel. Besides looking pretty snazzy, it also improved efficiency.

After completing his project, evogreen  — the name he uses on the TMC forum — made a series of runs, carefully measuring the energy-saving improvement. The difference was marked, and ranged from 4,21 percent to 9.24 percent, depending on speed, wind direction and other factors.

Though he only made a single set for himself, we can't help but wonder if there isn't a market for a similar product out there. $1,000 might be a little expensive for a lot of folks, but perhaps if built in volume, unit prices could be lowered significantly.