Everything We Know About The Tesla Model Y - Video 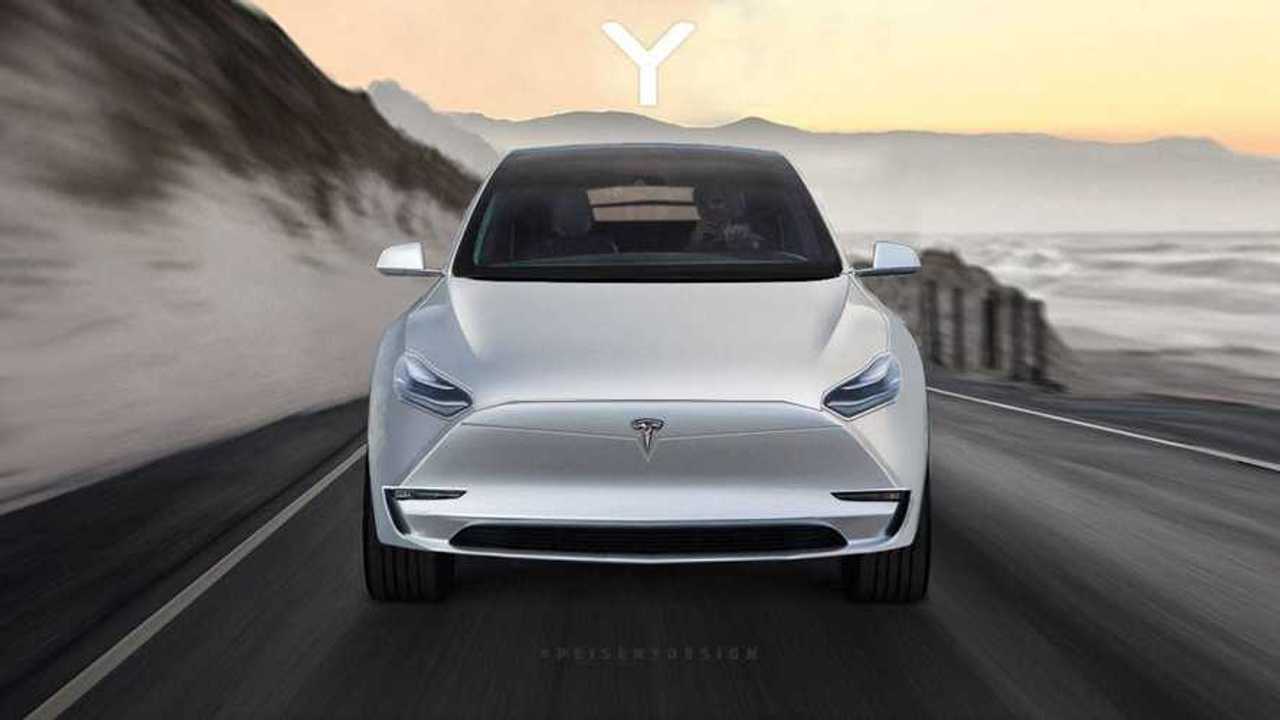 The Tesla Model Y could prove even more popular than the monumentally sought-after Model 3, but how will the automaker pull it off, and where will they build it?

It's almost a given that the upcoming Model Y will be a huge hit. About a half-million people or more have put a reservation down on the Tesla Model 3 despite not being able to see it or drive it first, not to mention having to wait a few years to take delivery ... and it's a sedan! Use the same platform for a compact SUV and it's likely a recipe for unparalleled success. That is, as long as everything plays out well with the Model 3 and Tesla is able to pull off a second, even deeper production hell.

As Ben Sullins points out, a whole lot needs to fall into place for the Silicon Valley automaker to be able to pull this off. First of all, one factory is surely not enough. Heck, it's not really even enough to tackle production hell for the current Model 3. Sullins speculates about where the Model Y factory may be located. Surely, Tesla will choose the state with the best incentive package, all while being within reasonable proximity to the Gigafactory or possibly Fremont.

As much is it makes sense for the automaker to keep its facilities grounded on the west side of the U.S., it would also be positive and advantageous to see Tesla branch out and head east. Rivian Automotive just grabbed up the former Mitsubishi plant up Normal, IL, which would have been an epic pickup for Tesla. Perhaps there are other potential sites on the automaker's list.

The Tesla Model Y could be an even bigger deal than the Model 3 if Tesla can pull it off.

The Tesla Model Y is a compact SUV built on top of the model 3 platform offering similar capacity and range as the Model X but for a more economical price. Before I go further I need to state that everything so far is a rumor or tweet from Elon, so a lot of this may change. What we do know is that the Model Y is scheduled to arrive in Late 2019 or early 2020. Before this can happen, Tesla has a lot of hills to climb, however.

Currently, Tesla only has one facility making cars, and that’s in Fremont California just outside San Francisco. The Tesla Factory as it’s known today, or by enthusiast just the Fremont Plant, has two manufacturing lines. One of the lines makes the Model S and X while the other produces the Model 3. The Fremont Plan runs 3 shifts to try and maximize efficiency and meet the huge customer demand for their cars. Elon has famously called these next few months as the Model 3 rolls out “production hell” due to the intense schedule they’re trying to meet.

This is great for Tesla, but when it comes to the Model Y poses a serious challenge, where are they going to build it?

Likely they’ll go with the state offering the most incentives. This can be another boon for Tesla as states will be competing for their new plant by providing significant tax incentives. Nevada, for example, gave Tesla nearly 1.5B in tax abatements and other incentives to win the bid for their new Gigafactory. The reason states would consider this is because of the highly paid jobs that it brings. The Auto industry in the US has been struggling for years, and a plant like this would likely win big favor with voters for politicians and revitalize the local economy.

My guess is they’ll keep the factory close to the Gigafactory, presumably where Tesla will likely make the batteries for the Model Y. All of this seems to make sense, but I think it’s important also to understand why Tesla would do this?

In the US the Crossover has quickly become the family car of choice. Already in 2017 through August over 3.4M people bought crossovers which is up 7% from the previous year making it the fastest-growing category of vehicles sold. This all adds up to a significant opportunity for Tesla. If they can make the safest, best looking, and affordable cross-over the then they could potentially sell millions per year.

Elon Musk also stated on an earnings call that "the priority vehicle development after the Model 3 would be the Model Y, the compact SUV because that’s also a car that we expect to see demand in the 500,000 to 1,000,000 unit per year level."

How is Tesla going to do this?

Tesla has made a couple of advancements in their manufacturing process that could lead to dramatic improvements in the Model Y. Most notably the flexible circuit technology.

The Flex circuit is a system to connect different components in the car which can be molded and changed into different shapes. This may significantly reduce the amount of wiring needed in the car. Already the Model 3 has half as much wiring as the S and X but with these flex circuits, the Model Y could have an additional 95% reduction from there.

With a simplified manufacturing process and growing demand in this vehicle segment, the Tesla Model Y could become their most successful car in the next few years.

Check out a live photoshop rendering of the Tesla Model Y by Peisert Design: