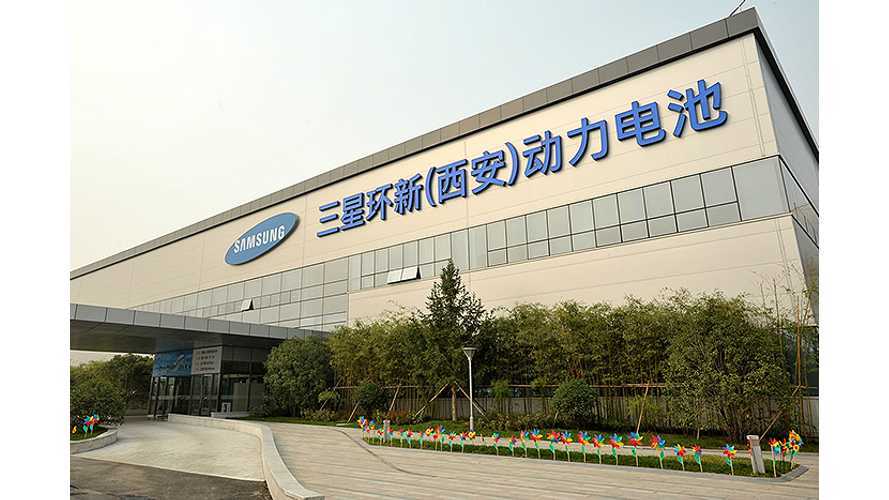 Both companies are unable to sell its products to customers in China, despite establishing brand new factories in recent years.

The only rescue is now the production and export of the batteries outside of China - which is possible, but at the same time hurts profitability, as facilities the weren't designed for export, but rather the Chinese market.

Samsung SDI will send its batteries to BMW for use inside the i3, while LG Chem has more than enough demand coming from Hyundai with (massively under-built) IONIQ Electric, and the new Hyundai Kona/Kia Niro.

"LG Chemicals and Samsung SDI’s batter plants in China that stopped operating due to retaliation from Chinese Government regarding THAAD will be converted into center for foreign supplies."

"“We did not expect that Chinese Government’s new regulations that cut off Samsung SDI and LG Chemicals from Chinese suppliers at the end of last year will be prolonged like this.” said a high-ranking official for a battery manufacturer. “However they are able to recover their normal operation rates as amount of supplies of batteries for electric vehicles has risen for automotive manufacturers.”"

Also, a third South Korean battery manufacturer, SK Innovation fell out of love with region, and is leaving the Chinese JV.

"On the other hand, SK Innovation is currently leaving its joint corporation, which was co-established with Beijing Motors Group (60% of shares) that is the number four automotive manufacturer in China, alone for many months as it is the group‘s exclusive battery pack plant and is difficult to supply products to other companies. Beijing Motors recently switched its supplier of batteries from SK Innovation to China’s CATL."