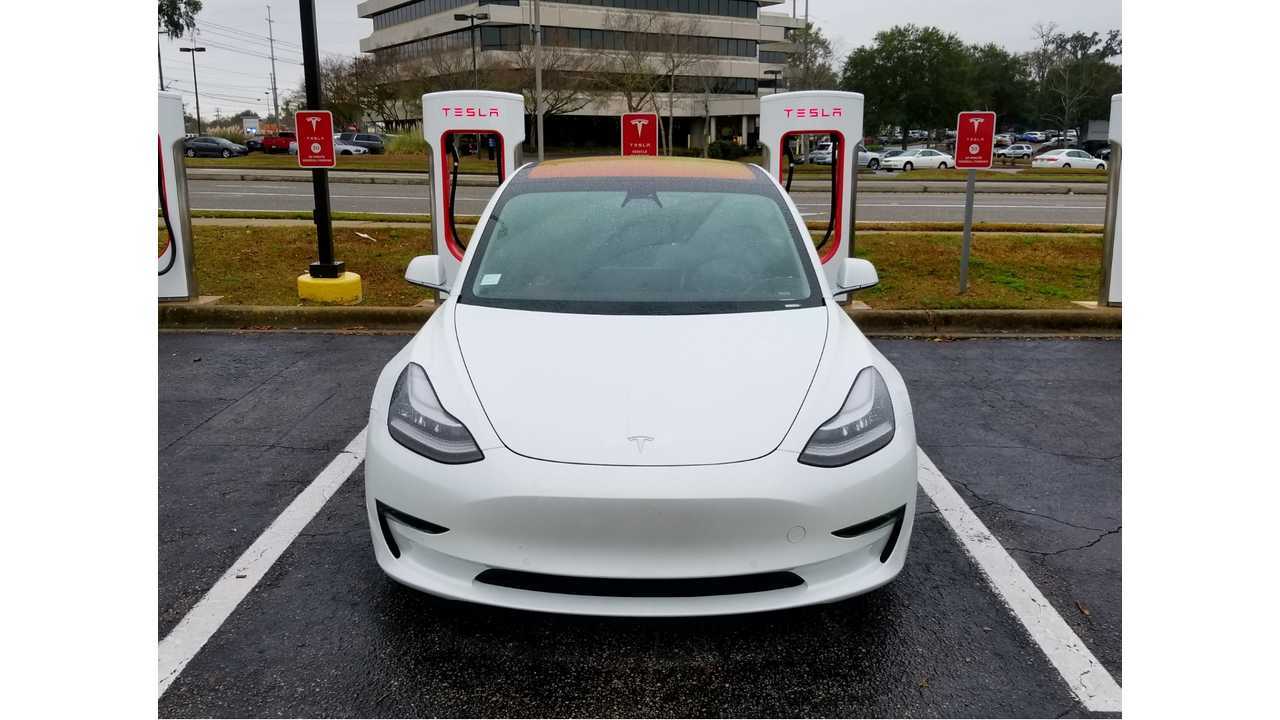 Every previous end-of-quarter sales report for Tesla has been hotly anticipated, but none quite like this one for the 4th quarter of 2017 — a period of time in which the automaker has been desperately trying to ramp up production of its new Model 3 after experiencing a battery manufacturing bottleneck and missing its delivery targets in the previous quarter. Well, the time for guessing is over, for now.

The magic numbers for the last three months of 2017 are thus:

For the electric automaker, the result is their best quarter to date, even without the Model 3 component, and is a 27% increase over Q4 2016. It also marks an increase of  9% over last quarter.

As usual, Tesla was left with some vehicles built, but not yet delivered that will go towards the first quarter of 2018's numbers. Lumped together, that number for the Model S and Model X is 2,520, while 860 Model 3 sedans were left awaiting delivery to their new homes. That's certainly a lot fewer than at least one analyst had predicted.

Speaking of Model 3, it seems like that although the bottleneck has been eased, production targets have been pushed back somewhat. Previously, CEO Elon Musk had said the production rate of this important new car would reach 5,000 per week by the end of Q1 2018. Now, Tesla has pushed that ramp back to the end of the 2nd quarter.

As of the last week of December, the company says it only managed to build 793 examples of its smallest offering, though finds a silver lining, pointing out that the production rate at the end of the quarter had reached 1,000 per week. Since it can talk up the rate of production, the statement from the company (below) brings up its "focus" on  "quality and efficiency rather than simply pushing for the highest possible volume in the shortest period of time." Certainly, no one can say that Tesla doesn't need to make improvements in quality, as the same could be said for any company, really. But, there is no doubt that this flattening of the "S curve" will disappoint waiting customers and investors.

Tesla’s statement on its Q4 2017 Vehicle Production and Deliveries

In addition to Q4 deliveries, about 2,520 Model S and X vehicles and 860 Model 3 vehicles were in transit to customers at the end of the quarter. These will be counted as deliveries in Q1 2018.

Q4 production totaled 24,565 vehicles, of which 2,425 were Model 3. As we previously indicated, we slightly reduced Model S and X production in Q4 because of the reallocation of some of the manufacturing workforce towards Model 3 production, which also caused inventory to decline.

During Q4, we made major progress addressing Model 3 production bottlenecks, with our production rate increasing significantly towards the end of the quarter. In the last seven working days of the quarter, we made 793 Model 3's, and in the last few days, we hit a production rate on each of our manufacturing lines that extrapolates to over 1,000 Model 3's per week. As a result of the significant growth in our production rate, we made as many Model 3's since December 9th as we did in the more than four months of Model 3 production up to that point. This is why we were not able to deliver many of these cars during the holiday season, just before the quarter ended. Model 3 deliveries to non-employee customers are now accelerating rapidly, and we're confident our customers will love them.

As we continue to focus on quality and efficiency rather than simply pushing for the highest possible volume in the shortest period of time, we expect to have a slightly more gradual ramp through Q1, likely ending the quarter at a weekly rate of about 2,500 Model 3 vehicles. We intend to achieve the 5,000 per week milestone by the end of Q2.

We're very grateful to everyone at Tesla who has poured their heart and soul into helping with the Model 3 ramp and creating the progress we are seeing. We're also very appreciative of our Model 3 customers, who continue to stick by us while patiently waiting for their cars.