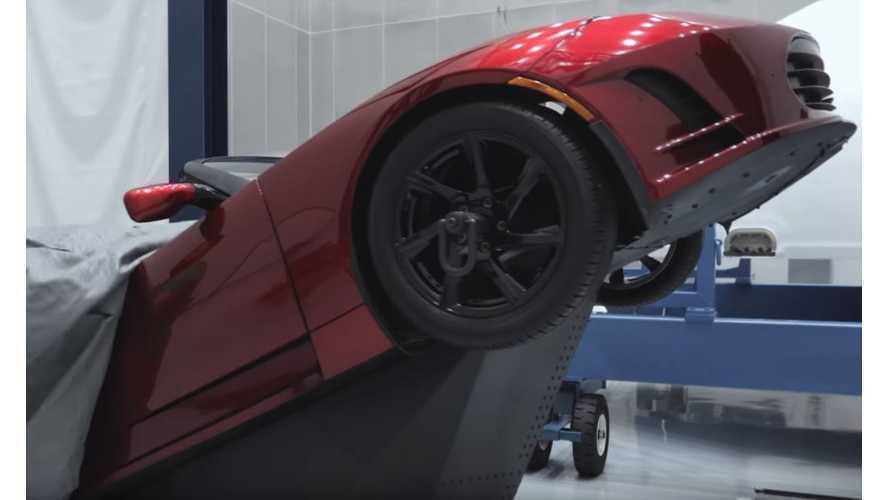 Back in early February, SpaceX sent Falcon Heavy into outer space with a very unique payload on board.

The payload was Elon Musk's personal Tesla Roadster, which is now in orbit in outer space.

Musk was asked, why? Why send a car into outer space? Well, he's now responded, via Twitter:

Life cannot just be about solving one sad problem after another. There need to be things that inspire you, that make you glad to wake up in the morning and be part of humanity. That is why we did it. We did for you.

Additionally, SpaceX has released this new video of the launch, which includes some never-before-seen footage of the Roadster being prepped for its journey into space.

Related - See The Tesla Roadster In Space From All Angles

When Falcon Heavy lifted off, it became the most powerful operational rocket in the world by a factor of two. With the ability to lift into orbit nearly 64 metric tons (141,000 lb)---a mass greater than a 737 jetliner loaded with passengers, crew, luggage and fuel--Falcon Heavy can lift more than twice the payload of the next closest operational vehicle, the Delta IV Heavy, at one-third the cost.

Following liftoff, the two side boosters separated from the center core and returned to landing site for future reuse.

Falcon Heavy put a Tesla Roadster and its passenger, Starman, into orbit around the sun. At max velocity Starman and the Roadster will travel 11 km/s (7mi/s) and travel 400 million km (250 million mi) from Earth.