What's Linkin Park Got To Do With A Mercedes-AMG Electric Car? 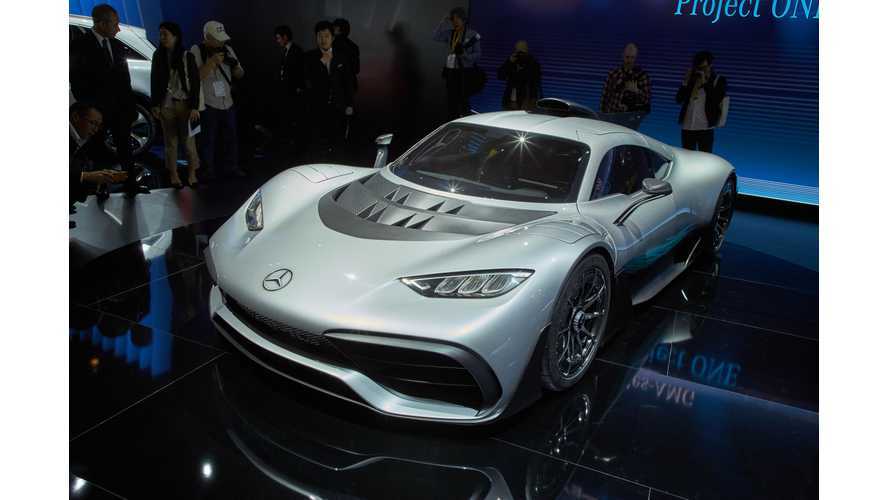 Who knew artificially produced EV sounds could become such an inspiring topic? It appears Mercedes-AMG is already making big plans.

Electric cars barely make a sound. Some regulators are concerned that pedestrians may not hear them coming, which could lead to accidents. For this reason, in some places there are rules in place that insist these cars must make some kind of "noise," especially at slow speeds, to keep people aware.

Many of today's rock bands have moved to adding "artificial" electric sounds to their music to come up with a cutting-edge product. Essentially, aside from playing guitar, bass, keyboards, and drums, they are using computers and software sounds to enhance the music. One such group is Linkin Park.

Mercedes-AMG recently revealed that it's relying on groups like Linkin Park and others as "partners in performance" to bring unique sounds to their future EV lineup. Mercedes-AMG CEO, Tobias Moers, told Wheels:

“I started to talk with these guys about what is their interpretation of electrified sound. We sell emotions and sound is really a crucial part of emotion, so what we do is work on artificial sounds because you have to.”

Sadly, it will be years before we get to hear the result of their creative process. Mercedes-AMG doesn't plan to bring EVs to market until the mid-2020s, and we're not talking about the upcoming Mercedes EQ, which should arrive in 2019. Moers concluded:

"If you want an idea of what is in store, look at the crazy, 805-horsepower rear-axle hybrid AMG GT Concept that was first revealed in Geneva earlier this year. is more or less our understanding of how we are going to electrify powertrains in performance cars."