Is The New Nissan LEAF A Market-Changing Electric Car? 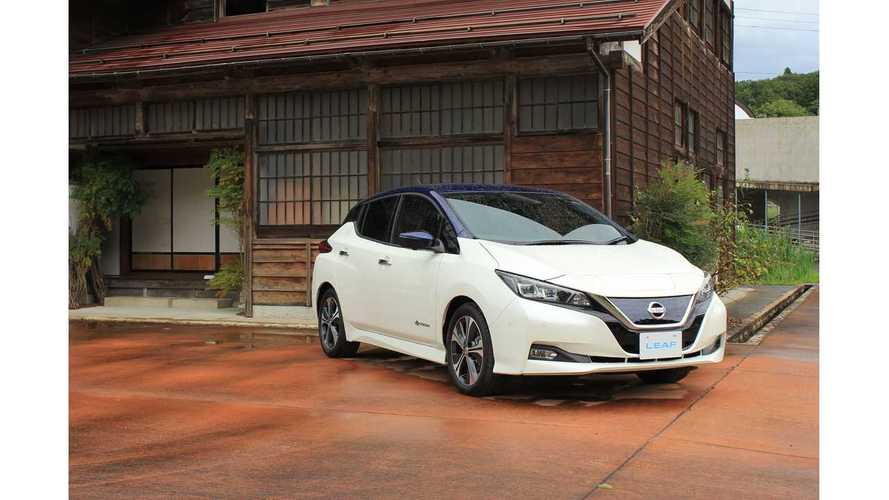 TIME says the all-new 2018 Nissan LEAF may impress even a "hardened electric-vehicle skeptic".

Yes, TIME's Justin Worland admits upfront that he's an "uninitiated electric-car operator" that was surprised by the LEAF. Further, he touts its silent operation, fast acceleration, regenerative braking, and sleek exterior. However, aside from all of that, Worland points out that Nissan is banking more on the car's value as the tipping point.

The LEAF is less expensive than its two main rivals, the Chevrolet Bolt and the Tesla Model 3. It also offers less range.

However, Nissan has shared that its feeling that some customers are more concerned with price and value than the longest range, and for those who disagree, the automaker will welcome a ~60 kWh/225 mile, long-range model for 2019.

"We only set out to design, produce and sell a mass-market electric vehicle ... (That) means affordability, with the right balance of content and capabilities."

With the LEAF's ~$30,000 price point, the car could be ridiculously cheap if the buyer can secure the entire $7,500 U.S. federal EV rebate, as well as a state or local rebate on top; especially so if incentives are rolled into leases. Not all states offer rebates or incentives and some are better than others, but even with just the federal rebate, the price of the LEAF is cut by a quarter, and leases could be as low as $199/month almost immediately upon launch in January.

Though the Nissan LEAF's price and value are surely key factors, which will potentially lead to its success, Josh Linn, an energy and environment researcher at the nonpartisan think tank Resources for the Future, still believes that the EV image is what is holding people back. Factor in the LEAF's compelling redesign and we may have a real winner here. He shared:

"The greater demand over time will stimulate automakers to invest in technologies, and eventually that will have an effect on the U.S. market. The bigger challenge right now is how consumers perceive the vehicles."

While the LEAF is not nearly as sporty as Tesla's offerings by a long shot, it's come a long way with the new design. At the same time, the Chevrolet Bolt has received its own share of negative press for its strange design and lack of sporty, good looks. Not to mention its price-point for its comparable size class.

A base Bolt with the full federal EV rebate costs what a LEAF costs with no rebate. This has been a hard pill to swallow for some hoping that large-scale OEMs like General Motors could really dive headfirst into the "affordable" EV race.

Similarly, the Tesla Model 3 is a bit less expensive than the Bolt, but you can't get the base model now and won't be able to for quite some time - and is there any guarantee that $35,000 base MSRP will live much longer than the first few deliveries (as we saw with the Model S). Heck ... you can't get any model now and may have to wait 12-18 months for that to change. The LEAF will arrive soon and we aren't anticipating any major availability issues.

A slew of automakers are bringing competing vehicles to market, but it's not set to happen soon enough. In the meantime, the LEAF may rise up. Maragno is confident, yet reserved: