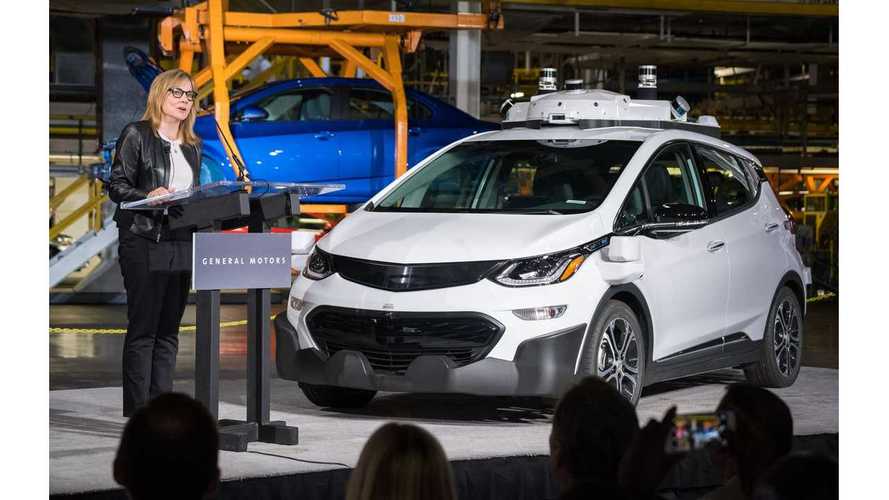 A few months back, we reported that these GM/Cruise Automation autonomous cars seem to be continual victims of human error.  According to a recent California DMV report (included below), it has happened again.

No matter how much self-driving car tech improves, there will always be misjudgments and mistakes by human drivers - often in anticipation of driving patterns of normal humans (over the rules of the road), which will cause accidents.

Having "robot" cars on the road along with people is a risky mix. Obviously, one of the number one reasons for the technology itself is that human error leads to an incredible amount of vehicle-accident-related injuries and fatalities. Until all (or at least most) cars have standard driver assistance systems, the problem will persist.

To be fair, we did also report a recent problem with the autonomous Bolt itself. However, it was minor and didn't result in an accident. It turns out that certain "obstacles" are still not fully understood by the onboard artificial intelligence. Basically, the Bolt was taking it very slow due to a bunch of parked vehicles and hesitated too long when it happened upon a taco truck. Eventually, the human driver had to intervene to move the car along.

We'd much rather have our self-driving car stop and wait in confusion than plow through a crowd of hungry pedestrians. Even if they weren't hungry, it would not be a positive situation for the eventual deployment of the systems.

Fast forward to last week in San Francisco, and we learn that an autonomous Chevy Bolt owned by Cruise Automation collided with a motorcycle. Again, it was not the fault of the self-driving car, and fortunately, the motorcyclist walked away with only a sore shoulder. Cruise explained:

"... a motorcycle that had just lane-split between two vehicles in the center and right lanes moved into the center lane. glanced the side of the Cruise AV, wobbled, and fell over.

We test our self-driving cars in challenging and unpredictable environments precisely because, by doing so, we will get better, safer AV technology on the roads sooner. In this case, the motorcyclist merged into our lane before it was safe to do so."

The Bolt was only moving at 12 mph and the motorcycle was traveling at 17 mph. Cruise CEO Kyle Vogt shared that San Francisco is the perfect location for testing these vehicles since difficult situations occur more often than most other locations. He wrote:

"Our vehicles encounter challenging (and often absurd) situations up to 46 times more often than other places self-driving cars are tested."