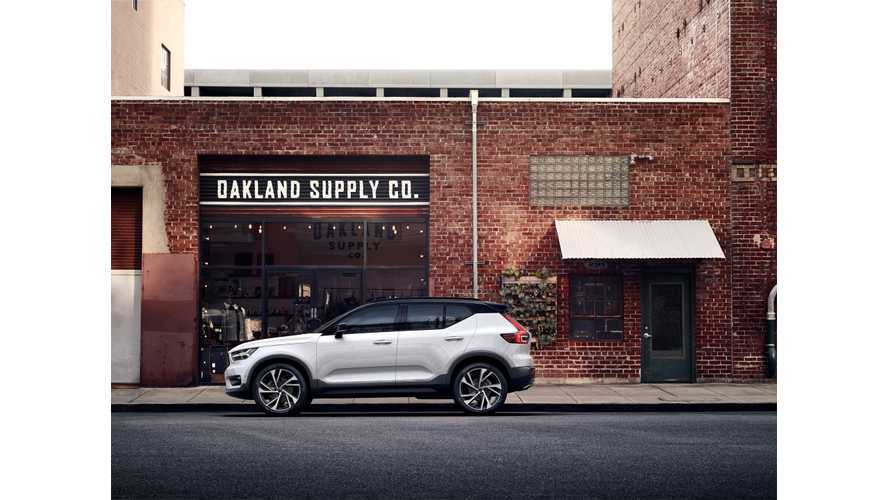 Volvo is shifting to electrified vehicles step-by-step, and all new models from 2019 on will be at least hybrids. The Swedish brand currently offers the plug-in hybrid XC90, S90, V90 as well as the XC60 (with S60 and V60 to come).

The 90-series and 60-series cars are based on the same platform, while the next-generation of 40-series vehicles are based on Volvo's new Compact Modular Architecture (CMA).

The CMA platform enables Volvo to not only offer conventional and plug-in hybrid power-trains, but interestingly also all-electric offerings.

Recently Volvo unveiled the XC40, which will enter production in Ghent, Belgium in November.

The XC40 plug-in hybrid is scheduled to follow the petrol version in 2018, while in 2019 the XC40 will become the first all-electric, long-range Volvo on the market.