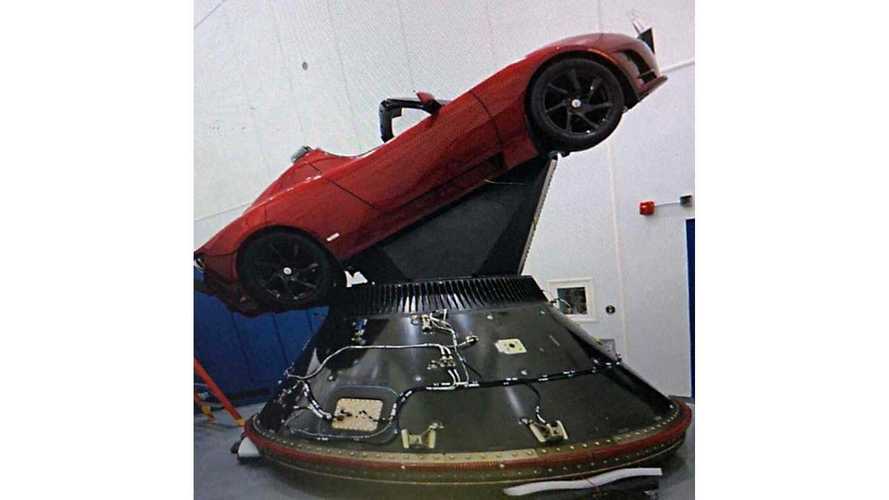 Falcon Heavy at the Cape pic.twitter.com/hizfDVsU7X

It's looking to be true after all.

A Red Car for the Red Planet Test flights of new rockets usually contain mass simulators in the form of concrete or steel blocks. That seemed extremely boring. Of course, anything boring is terrible, especially companies, so we decided to send something unusual, something that made us feel. The payload will be an original Tesla Roadster, playing Space Oddity, on a billion year elliptic Mars orbit.

It all started with a Tweet from Tesla CEO Elon Musk:

That Tweet, though seeming a bit out of this world, was apparently true and now an image of the midnight cherry Tesla Roadster owned by Musk has surfaced on a NASA forum:

The launch will take place next month and if the Roadster is on board, it'll surely be an electrifying moment.

The launch will happen in January at the Kennedy Space Center in Cape Canaveral, Florida. Falcon Heavy will be launched from the Apollo 11 pad. Musk said it:

“Will have double thrust of next largest rocket. Guaranteed to be exciting, one way or another.”

There's a definite chance for failure, which would destroy the Roadster. But apparently Musk is willing to take that chance.