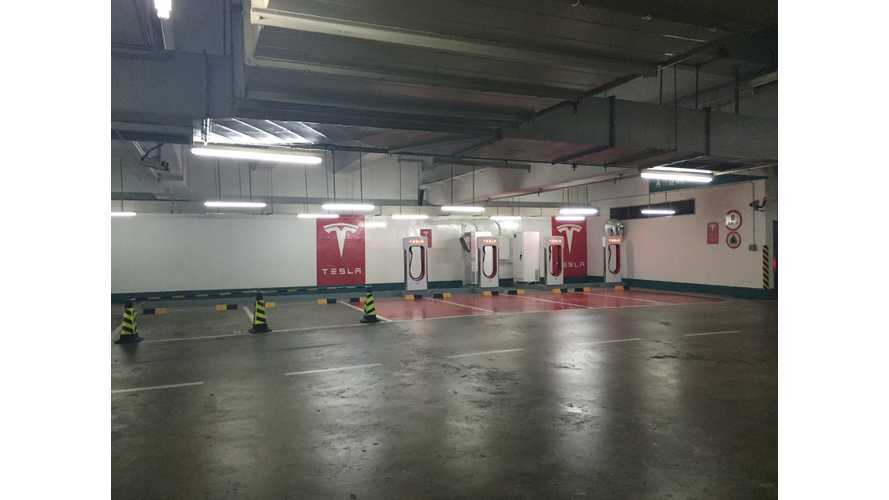 Tesla has promised 1,000 Superchargers in China by the end of 2017 and its massive Supercharger station in Shangai will make that promise a reality.

Though Tesla is still building the world's largest Supercharger station in Shanghai, China, you can see from the above picture, and the Reddit video post below, that it's well underway. Redditor JayinShanghai cruises around the enormous garage to give us an idea of where all the Tesla Superchargers will be located. It seems several units are already in place.

The new station will be located at the Lilacs International Commercial Centre, which is located on Dingxiang Road. Tesla has officially verified that construction is underway on the site, however, the automaker hasn't confirmed the number of stalls, charging output, or when it may open. Information on Reddit, as well as via Teslarati, suggests that the new station will house about 50 stalls. From the looks of the video this seems like a fair estimate, although, in the end, there may be even more than 50.

We've previously reported on the world's largest Supercharger station, which only has about 20 stalls and is located in Norway. There are others with the same setup currently being installed in California. Additionally, reports have revealed that Tesla is now planning 40-stall stations, and permits reveal that one such station is in the works for an area between Las Vegas and Los Angeles.

Now that Tesla has two types Supercharger stations, the traditional stations, and the new urban stations, we don't yet know which type of station will be built in the various areas. Looking at the Shanghai garage would almost make one think that it's going to be an urban station, but the Superchargers in the video look like the standard style. Nonetheless, Tesla is living up to its promises and expanding the Supercharger network continuously.