Nissan: 80% Of Latin Americans Open To Buying An Electric Vehicle 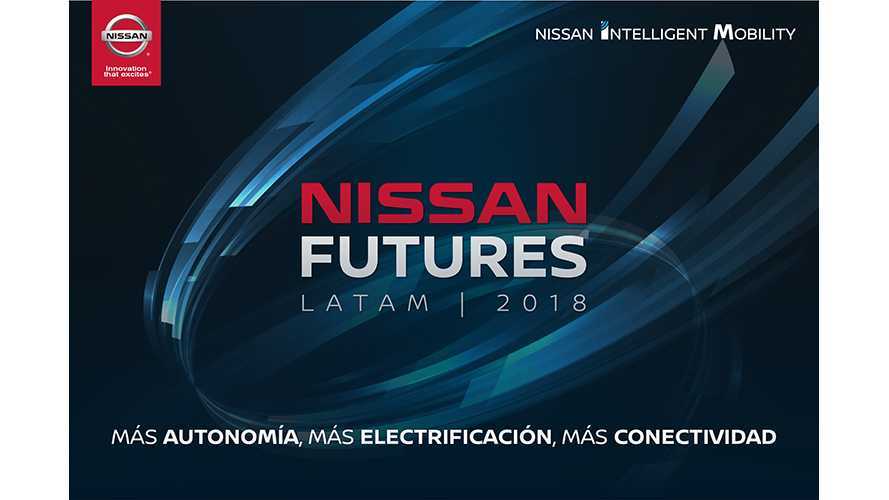 Nissan's study reveals that eight out of 10 Latin Americans are open to buying an electric vehicle, but are any of the cars affordable enough for the average potential buyer?

So far, Latin America hasn't been too engaged in the EV revolution, but at least on paper they show strong interest.

The feedback from the region is especially important for Nissan, who intends to begin sales in Argentina, Brazil, Chile, Colombia, Costa Rica, Ecuador, Uruguay and Puerto Rico, during the next fiscal year.

But affordability is key here and we wonder if Nissan can price the LEAF right to sell and to get the EV ball rolling in Latin America.

Nissan: Eight out of 10 Latin Americans open to buying an electric vehicle

"With the proper measures, Latin America has opportunities to speed up the adoption of electric and autonomous vehicles, according to the study by C230, a consultant branch of the think tank Fundacion IDEA. While 80% of people in the region have heard of electric vehicles, only one in 10 has traveled in an EV, the study shows.

Highlights of the survey were announced today at the Nissan Futures Latin America event in Sao Paulo. At the event, Nissan confirmed its commitment to keep contributing to the development of mobility in the region through Nissan Intelligent Mobility – the company’s vision for changing how cars are powered, driven and integrated into society.

The C230 study surveyed a total of 5,769 people in Argentina, Brazil, Chile, Colombia and Peru to measure awareness of new mobility technologies. The results provide insights on topics such as:

Awareness of and attitudes toward autonomous driving technologies show there’s an opportunity to explore the subject further:

The study’s findings contribute to understanding consumers’ opinions about new mobility technologies in Latin America. They show that adoption of electric vehicles is feasible, thanks to the positive perceptions. With regard to autonomous driving technologies, there’s an opportunity to share more information and knowledge. There’s also a positive acceptance level to the degree that such technologies may contribute positively to air quality, commuting times and road safety.

During the Nissan Futures event, Nissan announced it will introduce the new Nissan LEAF in Latin America. The 100% electric, zero-emission LEAF is the flagship of Nissan Intelligent Mobility – the company’s vision of moving people to a better world through more autonomy, more electrification and more connectivity.

The new Nissan LEAF will initially go on sale in Argentina, Brazil, Chile, Colombia, Costa Rica, Ecuador, Uruguay and Puerto Rico, during the next fiscal year.

The Nissan LEAF is the undisputed leader in electric vehicle sales worldwide. More than 300,000 LEAFs have been sold since the model was first launched in 2010.

The study, commissioned by Nissan Latin America and conducted by C230, a consultant branch of the think tank Fundación IDEA, was carried out through an online survey of a total of 5,769 consumers (men and women between 18 and 65 years of age) in five Latin American countries on Feb. 22 and 23, 2018. The countries included in the survey are: Argentina, Brazil, Chile, Colombia and Peru. Survey questions were designed to collect information regarding perceptions about mobility, electric vehicles and autonomous vehicles in Latin America."