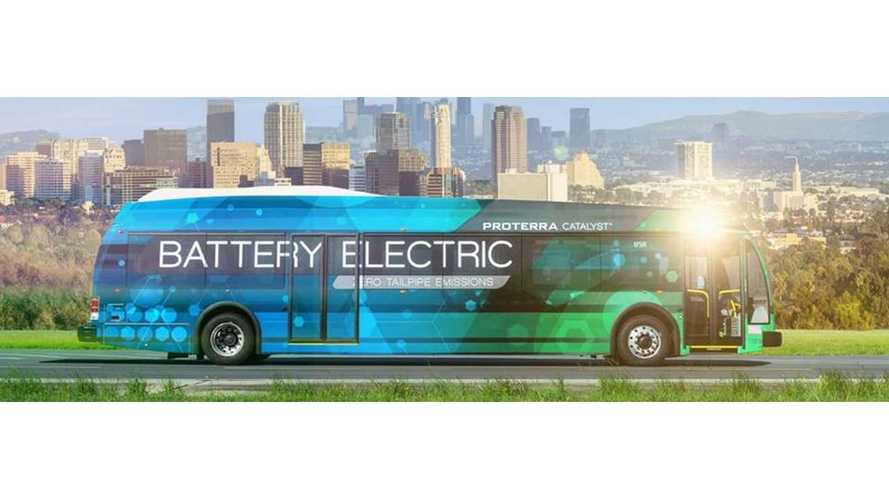 The Los Angeles Department of Transportation (LADOT) made use of a FTA Low-No Grant to order 25 35-foot Proterra Catalyst electric buses.

The vehicles are to be delivered in 2019 as part of a broader commitment to have an all-electric bus fleet by 2030.

"LADOT Transit provided 21,536,305 passenger trips in 2016 within Los Angeles, across 468 square miles. The agency has committed to electrifying all 359 fleet vehicles by 2030. Proterra battery-electric buses will replace CNG buses that emit more than 7.8 million lbs. of GHG (greenhouse gas) emissions annually. In addition to the environmental and health benefits, the new buses will deliver anticipated cost savings of $11.2 million to LADOT Transit over a 12-year lifetime since they require less energy to operate and have reduced maintenance costs."

"Our goal is a 100 percent electric bus fleet - it's a quiet ride for our customers and cleaner air for our city. We know we can't achieve our vision without partners like Proterra, and we can't wait to see these buses on the street!"

With this latest order, Proterra has sold nearly 500 buses (delivered or ordered).

LADOT is not the only bus operator in California that intends to go all-electric in the mid-term:

"This commitment from LADOT contributes to a larger precedent in Southern California set by neighboring transportation agencies, including Foothill Transit, The Los Angeles County Metropolitan Transportation Authority (LA Metro) and Antelope Valley Transit Authority (AVTA) to go fully electric over the next 15 years. In 2016, Foothill Transit, a 361-bus fleet servicing passengers within the San Gabriel Valley, including express bus routes to Pasadena and Downtown Los Angeles, made a commitment to fully electrify its fleet by 2030. AVTA also made a commitment to convert its 85-bus fleet to battery-electric buses by 2018. This year, LA Metro, a 2,200 bus fleet, followed with a similar commitment to convert all its vehicles to battery-electric buses by 2030. This transition in Southern California will result in one of the heaviest concentrations of electric buses in North America."